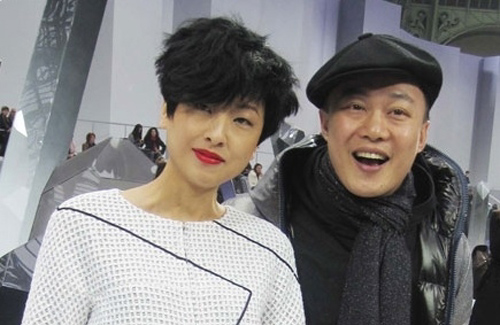 Despite their 18-year relationship, sparks are still flying between Hilary Tsui (徐濠縈) and Eason Chan (陳奕迅). Hilary shared her secrets on having a healthy, long-term relationship, which include mutual support and a unified parenting style.

Hilary Tsui was scouted by a talent agent in 1993 and debuted as an actress under Andy Lau’s (劉德華) now defunct company Teamwork Motion Pictures. In her 10-year acting career, Hilary has appeared in at least 15 films and 8 television dramas.

Shortly after meeting husband Eason in 1996, Hilary began to slowly decrease her acting appearances. In 2004, Hilary gave birth to daughter Constance Chan (陳康堤) and retired from the acting industry, focusing all her energy and time to raise their daughter. Hilary and Eason married two years later.

Being tolerant and supportive of each other is key to maintaining a healthy relationship. Hilary said that it is important to learn how to admire your partner, cherish the time you spend together, and maintain your own charms so your partner can be proud of you. “I really admire Eason’s talent and inner-conscience. He is very focused on providing the best for his family and kids. He also tries to stay in shape so he won’t look embarrassed next to me.”

On how she deals with Eason’s temper outbursts, Hilary calmly said, “Eason can be very mean and strict to his daughter. He can roar like a lion. Sometimes I’m scared, but I will always be by his side.”

Communication is very important between a married couple. “As time goes by, that passion dries out. We have also experienced that period before. We should always find new adventures and create new sparks. In the past few years, We’ve been working on doing things that keeps the other interested and proud. He pursues his singing career, and I pursue my fashion business and run the marathon. We feel proud of each other.”