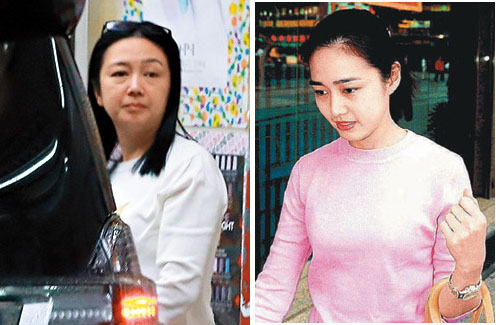 Being a housewife is a lot harder than it sounds, and it’s even more stressful if you are a wife of one particular Heavenly King from Hong Kong.

Throughout most of last year, Andy Lau (劉德華) was in recuperation mode due to a serious fall injury he sustained in Thailand. The 56-year-old finally made a full recovery after eight months of rest, and he officially resumed his activities last month. His speedy recovery was in part thanks to his wife Carol, who made it a priority to visit Andy every day while he was still in the hospital. In addition to raising their young daughter Hanna (劉向蕙) and caring for Andy’s parents, Carol did not have time to rest. 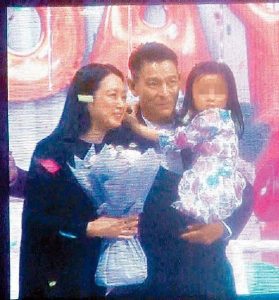 According to a paparazzi report, Carol was very worried and concerned when she heard the news of Andy’s fall. She flew to Thailand immediately after getting the call, and was by Andy’s side when he took the emergency jet back to Hong Kong. During his hospitalization, Carol took charge of Andy’s meal preparations and would go food shopping nearly every other day. At Andy’s fan meeting last September, Andy openly thanked his wife in front of his fan: “Many people say my wife is really strong. When I was injured, she held herself very well, like everything was fine, but… every single day, she was there to help me stand back up again… she waited…”

Paparazzi said the 51-year-old former beauty queen looked noticeably more tired and drained when she was spotted at a humble cosmetics clinic recently, shopping for deals. Carol had no makeup on, with dark, sullen eyes. Now that Andy is walking and well, Carol can finally take a breather and treat herself to a good, yet affordable, facial treatment.