How Moses Chan is Able to Resist Temptation in His Marriage 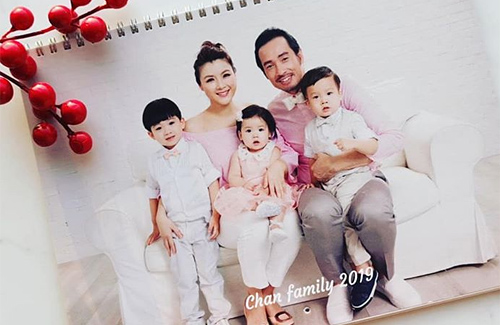 A model husband, 48-year-old Moses Chan (陳豪) has been married to 38-year-old Aimee Chan (陳茵媺) for nearly six years. Many couples experience marital problems while raising young children together, but Moses and Aimee have a fantastic marriage. Moses would never risk losing Aimee and their family by succumbing to temptation.

Among Hong Kong actors, Moses is often regarded as a loyal husband. With Andy Hui‘s (許志安)  cheating scandal sending shock waves across the industry, Moses was asked if he ever struggled with temptations as a married man. He assertively answered that there is no temptation for him, “What temptation? My life goal is my wife and three children. I already have the best [people beside me] in my life. Whenever I think about my family, I know they are the most important.” 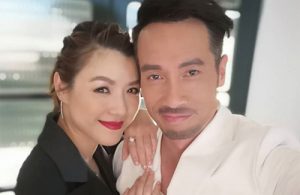 The actor believes it is important to live life conscientiously and not hurt others. Due to his traditional views, he believes men and women shouldn’t be easily intimate with each other.

Although others may see him as westernized with open attitudes, Moses is actually very conservative and tries to avoid filming kissing scenes as much as possible.

He believes a couple with no secrets is the key to a healthy relationship. If secrets continuously build up over time, they will likely cause problems one day. The couple believes in maintaining a transparent relationship with each other from the start, so even exchanging phones is not a problem. Moses said, “When I go out for social events, I’ll bring along my wife. My friends also want to see her.”

The couple had just celebrated their daughter’s third birthday with Aimee’s specially designed and baked cake. Due to Aimee background in the arts, she has talents in cake decoration. Aimee has considered turning her talents into a business, but for now, they’re too busy with caring for their children.