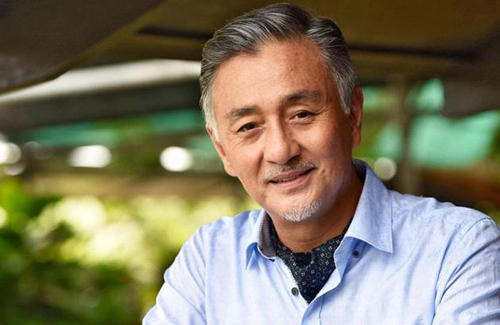 Having left TVB more than 20 years ago, 57-year-old Hugo Ng (吳岱融) returned to the station in 2015 to film dramas again. After taking part in The Executioner <刀下留人>, Hugo portrays a corrupt real estate businessman in the currently-airing series, Brother’s Keeper II <巨輪II>. Despite being one of TVB’s leading men in the 1980s, Hugo has only been cast in minor supporting roles since his return.

After leaving TVB in the mid-1990s, Hugo ventured into filming Category III movies, in which he filmed with his wife and former actress, Lily Chung (鍾淑慧). Often portraying the heroic protagonist during his TVB days, Hugo did not consider whether his departure from TVB would lead him down the path of Category III films.

Hugo said, “It did not even cross my mind. But every place has a different culture of its own. Once 80 or 90 percent of the people in a place has a certain way of thinking, then it becomes the norm. For example, in Japan, teenage girls begin to film AVs [adult videos] at an early age. Would you say that AV is wrong? They have accepted this as part of their culture ever since they were young, so it really depends on how you perceive it. You may feel that [my career] took a nosedive, but I had gained some and lost some. If I had a fitter physique today, I would still consider filming [Category III movies]. A lot of people may feel that I plummeted, but I am living my life the way I want to.” On why he left TVB during the peak of his career, Hugo shared that there were many reasons for his departure. In addition to wanting some change in his life and growing tired of the demanding filming schedule at TVB, Hugo also wanted to spend more time with his family. Other than his gigs in the Category III arena, Hugo also took a stab at directing. “There’s no explanation for it. Life flies by in mere decades, so go with your heart! But I enjoy returning to TVB for filming, because I like acting.”