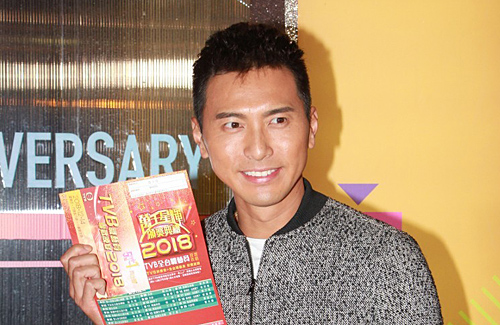 Hugo Wong’s (黃子恆) reputation has been suffering immensely recently due to his private life. Not only was he rumored to be the root cause of Hiromi Wada’s (裕美) divorce two years ago, he was also accused of impregnating a fan and exposed to have sent suggestive messages to his long-time friend and singer, TikChi (迪子). With so much negative press, it was believed that Hugo will be frozen by TVB after wrapping up filming for Airport Security Unit <機場特警>.

Weeks after the exposure of his indecent behavior towards women, Hugo finally accepted an interview to address the matter. Regarding TikChi exposing his flirty text messages and relentless harassment, Hugo said, “I read about it on the news, but I don’t have anything to say about it. We also have not been in touch in a very long time.”

On whether he is worried that this will affect his image and career, the 36-year-old actor said, “I will just be my best self. As an artist, and even just as a person, the most important thing is to do my best.” Hugo declared that he would definitely reflect on the matter and seek continuous self-improvement. He continued, “An artiste is also a role model. People will pay attention to your every move, whether it is work-related or other things. Not only do you have to be a good artiste, you also have to be a good person.”

On whether he will be frozen by TVB, Hugo said, “The company did attempt to understand the situation better. I told them everything and would not lie to them. The company also told me to be more careful in the future. I haven’t received any news yet, but I believe I will be on a short vacation [after completing my current filming obligations].”