Is Gigi Lai Chasing for a Son? 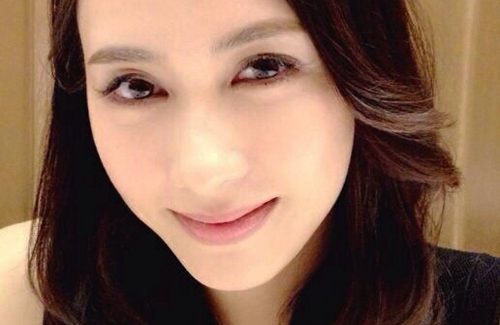 When she was at the peak of her career, Gigi Lai (黎姿) announced her retirement from showbiz in 2008, after her marriage with businessman Patrick Ma (馬廷強). In March 2010, she gave birth to twin girls, Patricia and Gianna Ma, and in October 2013, she gave birth to her third daughter, Pegella Ma. While three young toddler children can be already too much the handle, 42-year-old Gigi reportedly wants to have more, as she is currently hoping for the arrival of a fourth child – a son.

A magazine reported earlier that Gigi had been seeing Dr. Clement Ho (何永超), who is well-known as the entertainment industry’s “go-to doctor” for famous pregnant celebrities. The report claimed that Gigi had received gonadotropin preparations, a fertility drug.

With three girls, it was said that Gigi always wanted a boy and had been planning for a fourth child for some time. Gigi was recently spotted eating an afternoon meal with her twin daughters and a close friend, looking much fuller than usual. She also wore a loose blouse, as if trying to hide a bulging belly. Gigi wore flats and walked carefully.

Since her retirement from acting, Gigi rarely made public appearances and dedicated most of her time in her children and cosmetics business. Her most recent public appearance was at the Young and Dangerous concert, a residency show featuring the film’s stars Ekin Cheng (鄭伊健), Jordan Chan(陳小春), Michael Tse (謝天華), Chin Ka Lok (錢嘉樂), and Jerry Lamb (林曉峰). Gigi herself starred in the original Young and Dangerous film series herself, as the girlfriend of Chan Ho Nam, portrayed by Ekin.

27 comments to Is Gigi Lai Chasing for a Son?