Isabella Leong: “Marriage is Not Important” 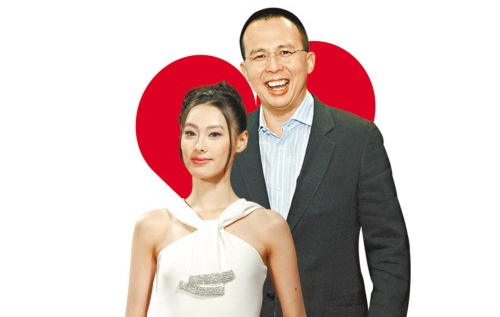 Hong Kong women have envied the modern Cinderella stories of twenty-seven-year-old, Cathy Tsui Chi Kei, and twenty-two-year-old, Isabella Leong. After Cathy married billionaire heir, Martin Lee, she gave birth to two daughters. In the pursuit of delivering a male heir to the Lee family’s fortune, perhaps Cathy will need to continue to be a baby-making machine. In contrast, despite giving birth to three sons, Isabella still remains unmarried.

Isabella is currently resting in San Francisco , USA after giving birth to twin boys last month. According to tabloid reports, Richard’s father, Li Ka Shing, was extremely grateful towards Isabella for delivering three male heirs and approved of the marriage between Richard and Isabella. Another tabloid report claimed that Mr. Li wanted to fly to San Francisco to visit the twin boys, but had to reschedule due to his work load.

In response to recent marriage rumors, Isabella’s representative said, “Isabella Leong is grateful towards the public’s concern. She will not respond to personal matters.” (Is Ms. Isabella currently married to Richard Li?) “No, she is still Ms. Leong.”

According to Isabella’s friends, she does not have any plans to return to Hong Kong yet. An inside source said, “There are no plans for marriage yet. Isabella is not concerned about a marriage certificate. As long as two people are happy together, that is fine. Since giving birth to three sons, everyone within the Li family are very happy.”

“Over the last three years, many producers wanted to cast Isabella in their films. Since she is busy taking care of her three sons, she will not consider making a comeback to the entertainment industry.”

Jayne: Isabella’s place within the Li family is permanent, whether she marries Richard Li or not. Li Ka Shing undoubtedly is pleased with the three male heirs, but perhaps does not find her to be appropriate marriage material.

Cathy Tsui was with child when she married Martin Lee. If Richard and Isabella had plans to get married, they would have done so much earlier, while she was pregnant with the first son, Ethan. The ultrasound results of the second pregnancy would have showed that she was carrying two boys, so the Li family knew they would soon have three boys. There was more than enough time to plan a wedding, yet they have not done so.

31 comments to Isabella Leong: “Marriage is Not Important”