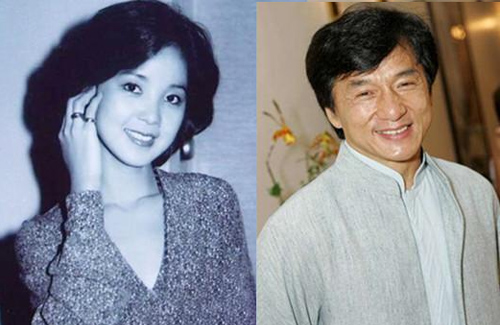 Jackie Chan (成龍) may be an international superstar, but his private life has been marred with multiple affairs despite his marital status. Most notorious was his affair with Elaine Ng (吳綺莉), with whom they share an illegitimate daughter. He also broke the heart of the late Teresa Teng (鄧麗君).

When Jackie was younger, he was a proud playboy that often surrounded himself with different women at bars. Reflecting on his dating relationship with Teresa, he regrets treating her so poorly decades ago and wrongfully playing with her feelings. 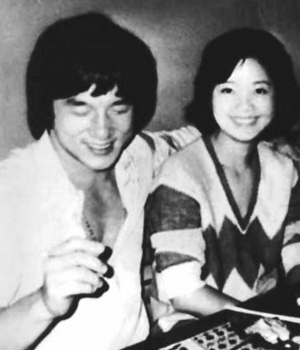 Jackie and Teresa’s personalities were vastly different – he was someone who flocked to crowds and enjoyed being the center of attention, while she was quiet and very reserved about her personal life.

During the times where Jackie brought Teresa along to hang out with his friends, it was said that the actor often pretended she didn’t exist and shunned her. Taking advantage of her quiet nature, he would flaunt the fact that he could make her wait by his side without saying a word.

Teresa had the last straw when she stood on the side for over an hour, while Jackie casually talked to his friends, completely ignoring her existence. After that outing, Teresa called him later that day to say, “Jackie, it looks like you don’t even need me. You can be together with your friends.”

Although the two broke up shortly afterwards, Jackie’s manager at that time ended up going to Teresa’s concert. The pair grabbed a drink together after the event, and Teresa secretly expressed her deep hatred for Jackie. Her hate never truly subsided – not even when Jackie presented her with an award on stage. Teresa initially refused to accept the award at all from Jackie, and he had to plead her to accept. Finally relenting, Teresa took the award and walked off stage without saying a single word to Jackie.

Regrets Not Picking Up Teresa’s Call

Ignoring Jackie for years after their split, Teresa shockingly tried reaching the actor just days before her death in May 1995. Unfortunately, Jackie was working at that time and missed her call, only finding out about her death days afterwards. Feeling remorseful about not calling her back, Jackie admitted that he was in tears when he heard about the tragic news. Since then, he made a vow to call back anyone if he ever misses a call again.

14 comments to Jackie Chan Admits Playing with Teresa Teng’s Feelings: “She Hated Me”