The Forbes magazine has released its annual Celebrity 100, a list that shows the highest-earning celebrities in the past year. Jackie Chan (成龍) made it into the cut, coming at number 38 on the list. Earning an estimate of $50 million USD in 2014, Jackie is the second highest-paid actor in the world after Robert Downey, Jr., who took the number 8 spot. Jackie is the only Chinese among the list of 100 richest celebrities.

Jackie’s debut in the list came at no surprise. Affectionally known as the “Mickey Mouse of Chinese culture,” Jackie’s unparalleled work in action cinema has propelled him to a worldwide phenomena. Although it has been five years since he last starred in an American film, he still remains to be an important figure in contemporary Asian action cinema. His most recent film, the 2015 historical action movie Dragon Blade <天將雄獅>, grossed $120 million USD after only one month of release in Mainland China.

Despite his superstar income, Jackie maintains a frugal lifestyle. In an interview with Forbes magazine, he showed the interviewer a used bar of soap that he took from the MGM Grand in Macau, saying, “This soap follows me around the world.” An environmentalist, Jackie encourages everyone around him to be eco-friendly, including his coworkers. He shared that he would often pick up trash on the film set. To conserve water, he would tell his coworkers that they should go to the bathroom a few more times before flushing the toilet. 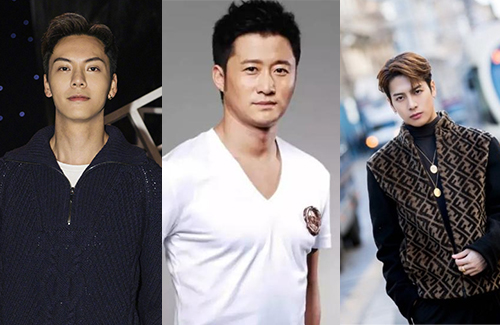 HK artists who have also made it into the list include William Chan, Jackson Wang, and G.E.M.