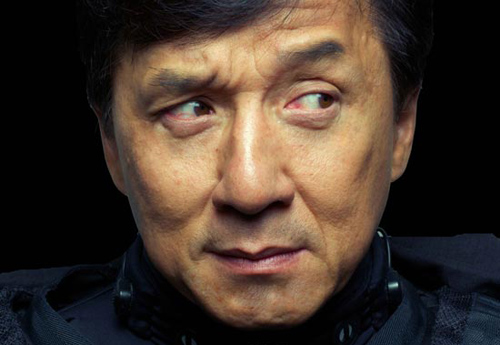 When his son Jacyee Chan (房祖名) was arrested for marijuana use in August, Jackie Chan (成龍) was devastated. Jackie said angrily, “If I knew, I would have beaten him to death!” Although he sought out ways to help his son, Jackie has not seen Jaycee for three months since his arrest by Beijing authorities.

Jackie believes that Jaycee has learned a valuable lesson after his arrest. Jackie sighed, “I don’t know what to say, it’s actually good [that he’s being detained]. I believe that after this, a brand new Jaycee Chan will be born. He’ll grow up.”

Jackie Was Not Aware of Jaycee’s Addiction

Jackie and his wife Joan Lin (林鳳嬌) were completely unaware that Jaycee has been a marijuana user for eight years. Jaycee first experimented in the Netherlands before subsequently sharing the drug with friends at his own house.

Jackie said, “I really didn’t know. His mother wasn’t aware either. If I knew, I would’ve beaten him to death! He’s not a drug addict; he just went overboard in wanting to have fun, and he is naïve! He thought it would be okay, but there was trouble in the end.”

Revealing that his wife Joan is having more difficulty coping with Jaycee’s drug arrest, Jackie said, “She doesn’t want to see anyone, but she has to accept the situation eventually.”

Although reports circulated on the Internet that Jaycee’s scenes in upcoming movies will be cut, Jackie said that the rumors are not true.

Despite the uncertain outcome of Jaycee’s drug case, Jackie appeared to be in good spirits while filming new movie Skiptrace <絕地逃亡>. Currently in Hong Kong with co-stars Fan Bingbing (范冰冰) and Leo Ku (古巨基), Jackie was seen chatting often with the cast and crew. He also gave Leo some driving techniques required to complete a scene for the movie.