Although South Korean boy group GOT7 member Jackson Wang (王嘉爾) has been causing a lot of controversy among Hong Kong netizens with his political statements, his popularity has not been affected. On the contrary, the star’s fame only seems to be on the rise. Recently, he was invited to appear as a guest on the famous American talk show, The Late Late Show with James Corden to bond with James Corden over food, language, and sports. Jackson even taught the English host some fencing techniques, which reminded viewers that Jackson was once on the Hong Kong national fencing team.

Before Jackson turned his attention to the entertainment industry and debuted in South Korea, he spent his childhood years training as a national sabre fencer. He even placed 11th in the 2010 Summer Youth Olympics and won first place at the Asian Junior and Cadet Fencing Championship the following year.

From time to time, he demonstrates his fencing skills on variety shows and on these shows, he even had the opportunity to have a friendly match with two fencing Olympic gold medalists, China’s Zhong Man (仲滿) and South Korea’s Gu Bon-gil (具本佶). This time, Jackson showed off his fencing expertise on The Late Late Show with James Corden, and he also played a game of soccer and defeated James by one point.

His growing popularity is evident with his appearance on the late-night talk show. In recent years, the idol focused on developing his career in mainland China and gained a huge Chinese fan base. Originally from Hong Kong, Jackson has been showing unwavering support for China amid the political unrest by releasing the pro-China song, “Red” <我是中國90後>, serving as a “flag bearer,” and uploading a photo on social media with the simplified Chinese character for “love.” Inevitably, his actions caused dissatisfaction from some Hong Kong netizens. 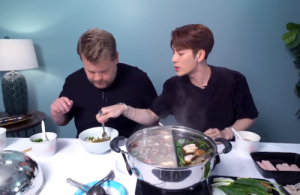 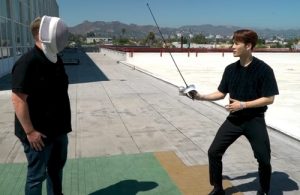 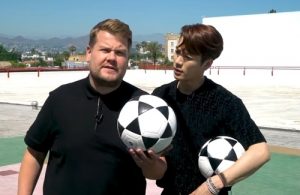 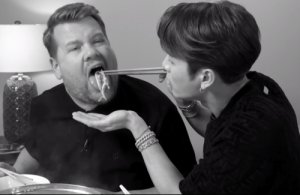 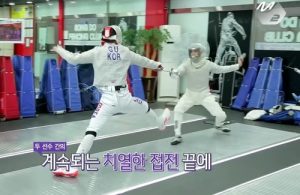