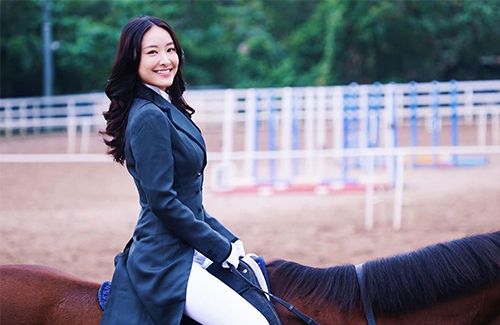 Eddie Cheung (張兆輝) isn’t the only star that’s pulling in the viewers for TVB’s Of Greed and Ants <黃金有罪>.

Playing as the younger sister of Elaine Yiu (姚子羚), Jeannie Chan (陳瀅) is the series new breakout star. The 30-year-old plays Shui Man-ting, a stereotypical 80’s “Kong girl” who is not only materialistic but also wants fame. Such a role would usually attract the annoyance of viewers, but Jeanette’s relaxing and playful approach to the role is actually a touch of naturalness in an otherwise somber series. 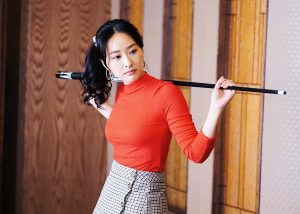 Jeannie herself is also an extremely likable actress—the 30-year-old Canadian debuted in 2010 with the intention of being a model and occasionally act in Hong Kong movies. Her interest in developing a television career started after getting cast in the 2014 TVB drama Never Dance Alone <女人俱樂部>, playing the younger version of Flora Chan (陳慧珊). Her second TVB drama Raising the Bar <四個女仔三個BAR> also earned her a Best Supporting Actress nomination at the TVB Anniversary Awards.

Jeannie has shot 16 television dramas in the six years she’s been with TVB, all with different levels of supporting and leading appearances. Adopting a professional “never say no” policy, Jeannie never rejects an acting offer and is always willing to try something different, even if the different role could potentially impact her idol image. 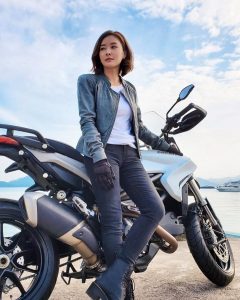 Ironically, Jeannie’s flexibility and versatility are the reasons why many regard her as an idol. From being a damsel in distress, to a sexy woman, to a martial arts fighter, Jeannie’s technique to improve is to try everything. Many viewers may know Jeannie for her elegant appearance, but the 30-year-old said she would actually want to try out as a “martial arts star”, sharing that she used to take taekwondo lessons when she was younger, reaching blue belt level.

With Jeannie’s likable personality on and off stage, it is of no surprise to see her getting more and more popular by the day. Jeannie doesn’t fall with a clique and is friends with many different artistes in the industry.

But also because of her sociable lifestyle, Jeannie has had her fair share of dating rumors, such as with Stanley Ho’s (何鴻燊) fourth son Arnaldo Ho (何猷亨), Joey Law (羅天宇), and Carlos Chan (陳家樂). Nonetheless, rumors never stopped Jeannie from winning the hearts of viewers.