Superstar Jet Li (李連杰) gained an international following since his early film The Shaolin Temple <少林寺>. His robust martial arts scenes in the film were jaw-dropping, but even more shocking was Jet’s own revelation that he was paid only 1 RMB each day in his early filming career. Working under this contractual arrangement for two years, Jet only pocketed 700 RMB although The Shaolin Temple made 16 million RMB at the box office.

Jet spoke at length about his early career in an interview on A Date with Luyu <魯豫有約>. The wushu champion realized that the entertainment industry was not about his passion for martial arts, but a numbers game. Regardless of his disappointment, Jet still continued to film other iconic martial arts films such as Kids From Shaolin <少林小子> and Martial Arts of Shaolin <南北少林> in Mainland China. Later, Hong Kong directors invited him to film Once Upon a Time in China <黃飛鴻>, The Legend <方世玉>, and The Bodyguard from Beijing <中南海保鏢>. The complex action choreography showcased Jet’s grace, speed, and strength in martial arts to perfection, and most of his films in the 1990s became instant classics. 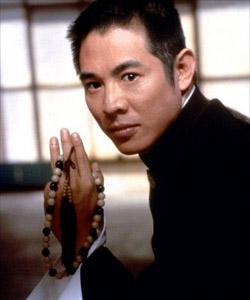 Despite his fame in Asia, when he went to the United States, people on the streets didn’t even know who he was. In 1997, Jet moved to Los Angeles to develop his Hollywood acting career. In his debut Hollywood movie Lethal Weapon 4, Jet portrayed a villain for the first time. Initially, Jet was offered a million dollar salary for the role, which got lowered to $750,000 USD, and eventually to $500,000 USD.

He kept encouraging himself by saying that compromise will get him further. Hollywood recognized his talent and Jet appeared in a string of moderately successful American films in the next decade.

Despite a rocky beginning in which he wasn’t compensated fairly at the start of his career, Jet built his reputation to become a top international martial arts star.