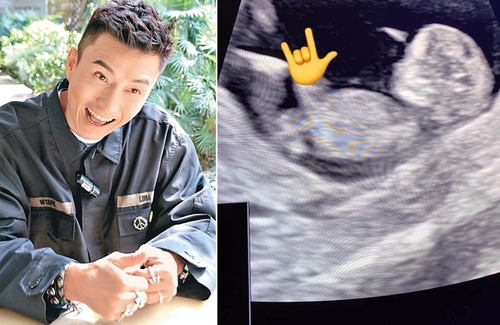 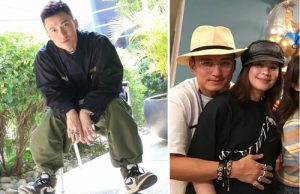 Actor Joel Chan (陳山聰), who once hit rock bottom with his scandalous behavior and cheater image, is a completely changed man after marrying his girlfriend of six years, Apple Ho (何麗萍) last year. With the couple expecting their first child together, Joel is really settling down and focusing on his family. While the 43-year-old star can’t wait to welcome and hold his baby boy in his arms, Joel’s new chapter in life reminds him of his late father.

With a sense of regret, he shared, “There was a period when my dad was working in Macau, and I rarely visited him because I was busy working and hanging out with friends. When I did visit him, I suddenly realized that he aged a lot! Although I was able to be by his side on his last journey, I still regret not seeing him often during that period. That is why it is important to always cherish the people around you! As an expectant dad, I just hope that my son will be healthy and filial. I will also be very happy if he remembers and misses me when he gets older.”

Emphasizing that family comes first, Joel has been striving to earn more money. He expressed, “Since I need to plan a future for our family, I am on full turbo force to earn money so that my wife and son can live a healthy and secured life.”

Although Joel did not manage to win TV King last year with his well-received performance in Barrack O’Karma <金宵大廈>, his eye-catching performance in Brutally Young <十八年後的終極告白> may finally land him the crown this year. However, Joel said it’s too soon to say. “The awards ceremony is held at the end of the year, so there are more upcoming dramas waiting to air. But I did not think about it anyway since there is still a lot of time until then. Instead, right now, I’m more excited about the baby and I’ve been so busy making sure everything is ready to welcome him.”