Joey Yung on Breakup: “Don’t Want to Say Too Much” 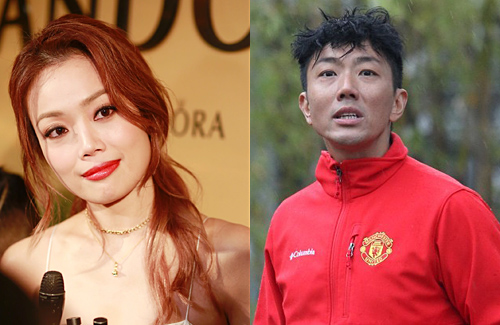 Making a press appearance today, Joey Yung (容祖兒) was asked about her breakup rumors with Wilfred Lau (劉浩龍). Even when asked directly if she has ended her relationship with Wilfred, Joey remained discrete and said, “It’s best for me to not say too much.”

Earlier this week, reports claimed that Joey and Wilfred separated because of the disparity in their financial success. Despite dating for five years, Wilfred has been unable to attain more success in his career. As the couple’s distance widened, they allegedly agreed to split on peaceful terms.

As Joey smiled throughout her interview with the press, she was asked if she has been able to put behind her relationship with Wilfred. Joey said, “I will not respond to whatever you say.” Asked to confirm if their breakup is official, Joey said, “It’s best for me to not respond or say too much. I don’t want there to be even more reports. Usually, I prefer to not discuss my love life too much. I want to handle it myself.”

Asked whether she has resumed her single status, Joey said, “I’m currently in working status.” In the upcoming months, Joey will be releasing two music albums and flying to Taiwan and Mainland China for work.

Asked if she has not seen Wilfred since the beginning of the year, Joey said, “No, that’s exaggerating too much.”

Due to Joey’s handling of the situation, some fans speculated that the breakup reports were to help generate publicity for Wilfred’s April concert. Joey said, “Do you think that can work?” Joey said that she and Wilfred will continue to support each other in their endeavors.

Reporters caught up with Wilfred, who went to play a game of soccer with friends Carlo Ng (吳家樂), Law Ka Ying (羅家英), and Andrew Lam (林敏驄) today. Looking tired with eye bags, Wilfred smiled at reporters but refused to comment on the breakup reports.

7 comments to Joey Yung on Breakup: “Don’t Want to Say Too Much”