Kaman Kong and Crystal Fung are No Longer Friends? 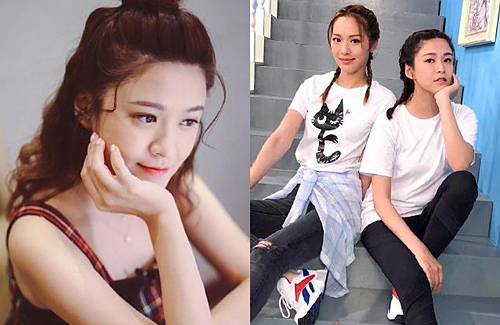 Since breaking up with her long-time boyfriend, Crystal Fung’s (馮盈盈) social life has been busier than ever. While rumored to be dating fellow Young and Restless <後生仔傾吓偈> host Leonard Cheng (鄭衍峰), the Miss Hong Kong winner was also linked with late billionaire Stanley Ho’s (何鴻燊) son Arnaldo Ho (何猷亨) after paparazzi witnessed them at a yacht party. Shaking off gold-digging rumors, Crystal said that she was not very close with Arnaldo but only attended the party upon her good friend Kaman Kong‘s (江嘉敏) invitation. Her explanation contradicted Kaman’s claim that it was Crystal who had invited her to the party instead. This incident is said to have turned the actresses against each other and made things awkward in their friendship.

Two weeks after the yacht party, it seems that Kaman is still upset about the incident. She took to Instagram to share her frustrations. Her post was passive aggressive, and she claimed that life was like a game of Mafia. “You never know who is speaking the truth and who is lying. You also don’t know who the mafioso is and who the villagers are.” She added the hashtags, ‘I heard something I wasn’t supposed to hear’, ‘Just sharing my feelings’, ‘The world is really small’, ‘Lies should not be told’, ‘The power of gossip’, and ‘You think you know the person but you’ll never know their true thoughts’. Netizens could feel her frustration seeping through the post and are guessing that she is referring to Crystal.

Before the incident, Crystal and Kaman were very close-knit and would often hang out together, have high tea dates, and act as each other’s Instagram photographer. They would also wear the same accessories and comment on each other’s social media posts.

The friends have not had any interactions on social media for half a month since Arnaldo’s party and have not been in touch in real life either. According to a source, Crystal’s friends warned her to be careful in her choice of friends, and since the incident she has been more cautious towards Kaman.

Reporters reached out to Kaman for a comment and she denied any discord with Crystal, claiming that they are still in touch. “We still have meet ups for dinner and tea because it’s almost her birthday. However, we’re both pretty busy with work so we haven’t been able to find a time to eat.”

When asked who her post was referring to, Kaman declined to comment further. “No comment, this is my personal business. I was too angry at the time, so I posted to release some of my frustrations.”

On the other hand, Crystal replied reporters with, “I’m not too sure what happened–it’s best to ask Kaman.” Asked if Kaman had reached out to plan celebrations for her birthday, Crystal said, “She did, but everyone has to work and is busy. Many people have asked to meet up, but I am too busy to schedule.” She denied any discord as well.

Reporters reached out to Kaman for a comment on Crystal’s response and she laughed, “I don’t know why she would respond like that, you’ll have to ask her.”

It is said that while the actresses retain an outward appearance of still staying friendly, their friendship is no longer the same as before.

1 comment to Kaman Kong and Crystal Fung are No Longer Friends?