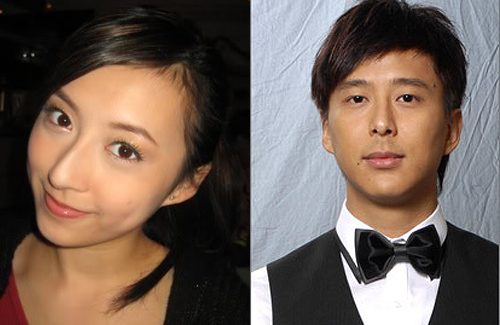 Twenty-two-year-0ld TVB actress, Katy Kung (龔嘉欣), broke up with 38 year old TVB actor, Patrick Tang (鄧健泓). They began dating after starring together in the TVB series, 7 Days In Life <隔離七日情> in 2010, however many people did not support the couple being together due to their 16-year age difference.

While dating, Katy and Patrick was a loving couple and had a stable relationship. However, Katy posted on her Weibo yesterday morning hinting that she has split with Patrick. Her message said, “Lately the media has been writing about how sweet my love life is, and I want to thank them. I have experienced many things in life, and I will use a different way to a get along with others after love ends. I want to thank my folks who have given me a lot of encouragement and support. I will focus on my work from now on.”

Yesterday at an interview, Katy admitted she had indeed broken up with Patrick for quite sometime, and believes that now is the right time to announce her breakup. Katy explained that the reason for the breakup was due to their incompatible personalities. She stressed that there was no third party involved. Although Katy and Patrick are no longer a couple, they remain friends. They will still see each other once in a while.

As to whether their large age gap caused their breakup, Katy explained that she is still young and did not go through enough life experiences. She said they both came to an agreement to break up and there are no ill feelings between the two.

Patrick has not made any response over the breakup. The last time he communicated with Katy on his Weibo was in August. He said to her, “What is love? Do you need it? Are you happy?” Several weeks ago, he posted some song lyrics on his Weibo. They read,  ” I had enough…who will be able to accept…who is like a monster…I ‘m tired and there’s no way to escape.” Perhaps this implies that Patrick is finally accepting being single again.

30 comments to Katy Kung and Patrick Tang Broke Up