Kay Tse on Louis Cheung’s Performance in “Come On, Cousin” 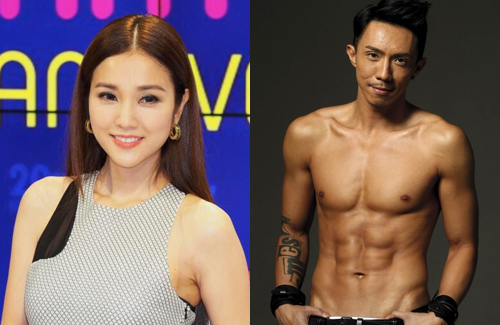 In one scene, Louis even bounced his pectoral muscles while playing a drinking game. Asked if the married couple plays similar games at home, Kay laughed it off and said, “I don’t know how to play such games.”

Asked to comment on Louis’ sex appeal in the series, Kay giggled and said, “I don’t find [his muscular body in the show] very sexy. It looks very oily, and he was covered in oil for a long time.” Kay felt that Louis sacrificed his body in the name of art and was not bothered by his intimate scenes with Mary Hon (韓馬利). “We respect each other’s work. When Louis has intimate scenes, he’ll let me know beforehand. So I don’t mind at all.”

Making a guest appearance in Come On, Cousin, Kay is also an avid fan of the series, tuning in regularly, “It’s what Hong Kong society needs at this time, to relax and find happiness. I know many people also care about societal issues, which this series also cleverly incorporates.”

The first week of Come On Cousin‘s ratings averaged 26 viewership points and peaked at 29 points. Louis Cheung was not discouraged by the ratings performance and believed that the viewership will continue to rise, as the series has generated good feedback.

Louis also joked that viewers should “enjoy [his topless scenes] while they last” as he will cover up his body in the second half of Come On, Cousin. While his figure earned praise, Louis said, “I’m not at my fittest right now; it’s very hard to maintain.” Despite his busy filming schedule, he exercises on a regular basis to stay in shape.

24 comments to Kay Tse on Louis Cheung’s Performance in “Come On, Cousin”