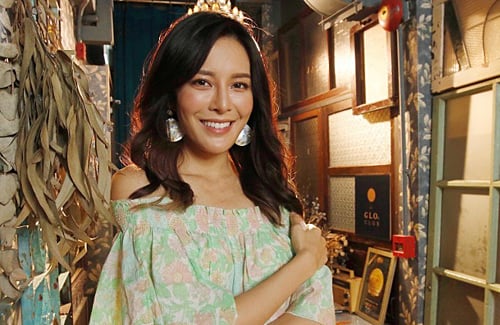 Compared to younger actors, Kelly feels that experienced co-stars have more patience and will help influence her performance for the better.

In Big White Duel <白色強人>, Kelly Cheung (張曦雯) plays a neurosurgeon who holds a torch for her senior, played by Roger Kwok (郭晉安). When asked about whether she would prefer acting opposite younger male actors, Kelly replied she feels more assured working with experienced co-stars. “[Younger] actors may not have so much patience, and might not be experienced enough to perform up to mark themselves, let alone guide (me).” In comparison, Roger would constantly remind her to keep her breathing stably and not be so uptight in order to deliver a good performance.

Kelly also shared that she has signed up for a month-long acting class in Los Angeles starting July, as she is keen to brush up her acting skills. The 29-year-old actress did not have formal training before. “I wouldn’t be as nervous if I were more confident. Attending classes would make me more comfortable and secure. I felt a little lost in Life on the Line <跳躍生命線>, but luckily there were seniors who offered guidance on set but they can’t be around all the time.”

Although it is her dream to act in Hollywood, Kelly knows she is not capable enough at the moment and would only explore concrete plans later. “I had acted in some dramas which required speaking English, and the director thought my lines in English were especially good maybe because I’m more comfortable,” said the actress who is originally from Chicago. Kelly is also not against taking on roles which requires nudity, as long as there is an excellent script.