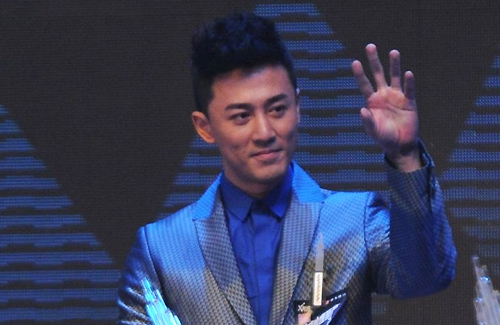 Raymond Lam (林峯), who was under TVB’s management for the last 16 years, has officially left the company. Thanking TVB for cultivating his career through the years, the actor amicably split with TVB and said there will be opportunities to work together again in the future.

Many of Raymond’s former TVB colleagues gave their blessings and expressed that they are looking forward to Raymond’s new developments. Kevin Cheng (鄭嘉穎), who collaborated with Raymond in the 2005 TVB drama Yummy Yummy, said he supports Raymond’s decision to leave. “Maybe Raymond feels that it’s time for him to go out and do something different. After all, being in the same environment all the time limits developments and the audience will get bored. Working with new directors and actors actually gives more opportunities for new sparks.”

A star in mainland China, Kevin said earlier that he has plans on establishing his own production studio. Does Kevin also planning to leave TVB soon? “My contract [with TVB] is not short. There are still more dramas I can film. As for my production studio, I’m going to wait for the right time before I do anything. When there is more freedom, I’ll consider it again.”

With TVB losing another a major star, the station is said to be suffering a drain in talents. Kevin disagreed. “There are still many talents in TVB who are waiting to be promoted. I think it’s my time to hand over my position.” Kevin said it is natural for artistes under a company to come and go, but agreed that TVB is slow at promoting new stars. He said he looks forward to see the likes of Ruco Chan (陳展鵬), Kenneth Ma (馬國明), and Raymond Cho (曹永廉) rising in the ranks.

Sammy said he supports Raymond’s decision to leave because now he has more room to try new things and achieve new milestones. He doesn’t feel like TVB is losing actors, saying, “The new drama I’m filming, Cross the Finish Line <衝線>, has many new actors. As a viewer myself, I like to watch different artistes.”