Despite being at the height of his career, South Korean star Kim Seon Ho‘s popularity came crashing down after his ex-girlfriend accused the star of forcing her to have an abortion. While the star focuses on damage control and asks for forgiveness, the online community has pinpointed the identity of Kim Seon Ho’s ex-girlfriend as former weather forecaster, Choi Young Ah.

Kim Seon Ho’s scandal first came to light when an anonymous netizen claimed that she dated the star in early 2020 and separated in June 2021. During their relationship, the ex-girlfriend revealed that she stopped taking birth control for a couple months due to health complications, and became pregnant after the star requested to finish inside.

When the ex-girlfriend realized that she was pregnant, the star insisted on getting an abortion. Although the ex-girlfriend wanted to keep the baby, the star claimed he would have to pay 900 million Korean won for breach of contract on current endorsements, and that the baby would affect his career.

The ex-girlfriend knew that an abortion would make it difficult to have future pregnancy, so she relented when the star promised to marry her in two years. When she asked what would happen if they break up and she would not be able to get pregnant again, the star insisted it would not happen.

After the abortion, the ex-girlfriend claimed that the star’s attitude changed drastically, and would use his work as an excuse for taking his anger on her. The ex-girlfriend noticed that his fame changed him–he badmouthed his colleagues and called them ugly and how they cannot act.  The star grew ungrateful over his fans, and did not care about their gifts or letters.

Based on clues provided by South Korean network SPOTV News, netizens shifted their attention to 35-year-old Choi Young Ah, who previously worked as a weather forecaster at South Korean networks YTN and KBS from 2009 to 2013. Known for her beauty and tall physique, Choi Young Ah has since shifted her career to the commerce industry, and also became a social media influencer.

Looking at Choi Young Ah’s background, netizens discovered that the former weather forecaster was previously married to businessman Park Young Siku in 2013 before calling it quits four years later. After the divorce, Choi Young Ah ran an online fashion and beauty business called I am Youngah. 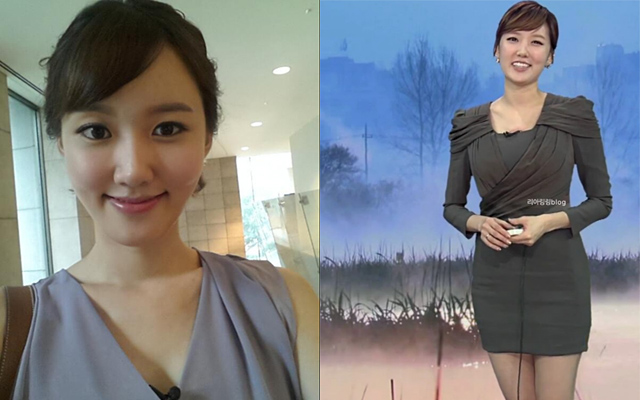 Since the scandal blew up, Kim Seon Ho’s clean and good boy image took a major hit, and the star was dropped from his projects. Responding to the public, he finally issued a statement to apologize for his actions, “During our interactions, I have hurt this person because of my mistakes and inconsiderate behavior. I want to meet and apologize to her in person, but I have yet to properly apologize. I am waiting for the time to do so.  For now, I want to sincerely apologize to this person through this post.”

In return, the ex-girlfriend has released a new post stating that she received an apology from the star, and that there was a misunderstanding between them. Hoping to limit further damage, the ex-girlfriend shared that she will not continue to discuss the matter, and will be taking legal actions against netizens who are harassing her.