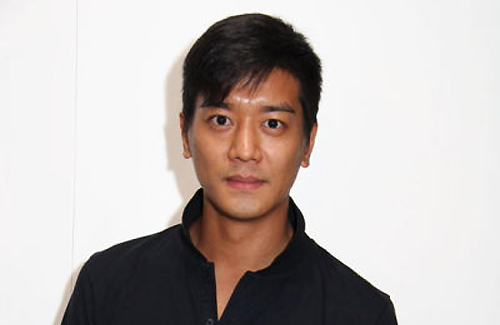 In Lai Lok Yi’s (黎諾懿) first year after graduating from the TVB artiste training class, he was cast in two dramas as a leading actor. He first starred in the 2003 drama Aqua Heroes <戀愛自由式>, which also starred Edwin Siu (蕭正楠) and Bosco Wong (黃宗澤). He then starred in the idol drama Hearts of Fencing <當四葉草碰上劍尖時>, leading a cast consisting entirely of rookies.

This year marks Lok Yi’s eleventh year in the industry. He has starred in forty television dramas and four films, all with varying degrees of success. When it comes to choosing his most favorite drama, Lok Yi said it remains to be Hearts of Fencing.

“This drama was the one where I got from being a nobody to a recognizable face,” said Lok Yi. “It’s very precious to me. Hearts of Fencing is different from other dramas. This drama used only newcomers. Even to this day, TVB hasn’t arranged a cast like that for its dramas. We were all a bunch of rookies then. We didn’t know what to do and we shared that confusion together. Actually, we were very happy. Now looking back, I definitely think that there were many things we could have changed, but that’s the sincerity of being a rookie. That was the drama’s characteristic.”

Time flies with the blink of an eye, and having lost his father at a young age, Lok Yi treasures the passage of time even more. “My father passed away when I was eleven. I was very young at the time and I had no idea that it would impact my family so greatly. I also didn’t know that it meant my mother would have to suffer more in the remaining days.”

Lok Yi’s time with his father was not long, but it was a time well-spent. Lok Yi said that even to this day, his memories of his father are clear in his mind. His father was one of his inspirations for starting his own car repair shop.

“My father worked with cars and I would also tag along when he goes to work. On the surface, it looked like I was interested in watching him fix cars, but in reality I just wanted a car ride. I remember my father would start work very early in the morning. I was afraid that my father would leave before I woke up so I would tie a shoelace between our toes. When he got up, it would wake me up too. However, I loved sleeping too much so he always left without me.”

If Lok Yi can turn back time and bring back his father, he said he would love to sit down and have a drink with him. “I wonder how it would be like if we got drunk together? I think that would a very interesting and blissful thing to see! Unfortunately, time doesn’t turn back and we cannot chase back the things we’ve lost. Maybe my father is living at a happier place now, looking after us.

“I am already 34 years old this year. I hope that when I look back in ten years, I would see that I have done one or two things that I’m proud of.”

With eleven years of experience in the entertainment industry, Lok Yi said the most precious and wise advice he was given was to learn how to guard one’s tongue.

“Your words may be mindless but others may take offense,” said Lok Yi. “Always think before you speak.”

Lok Yi revealed that he had once offended a senior with his words. “My purpose was to lighten up the atmosphere, but it turns out that I just appeared like a very rude junior. When it comes to this industry, we must learn to be cautious with our words.”