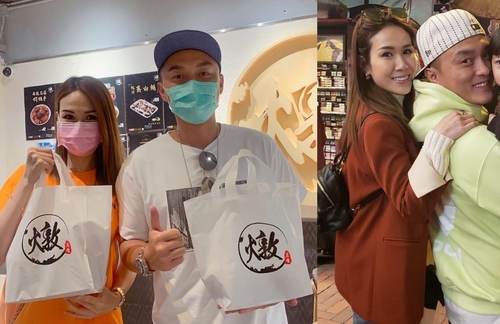 On August 8, rising TVB actor Mat Yeung (楊明) got into a car accident when he crashed his vehicle into the traffic barriers and onto the curb. Police immediately arrested the 39-year-old and sent him to the hospital for treatment after suspecting him of driving under the influence. Although Mat apologized for his actions soon after, he might be heavily penalized based on his poor track record when it comes to abiding the law. However, girlfriend Lisa Ch’ng (莊思明) reportedly leveraged her connection with her godfather, Cheng Huan (清洪), who is known as the “Golden Tooth Barrister” and one of the most prominent barristers in Hong Kong, and asked him to help out Mat.

Being the daughter of wealthy Malaysian Datuk Chong Bo (莊寶), it is unsurprising that Lisa would have strong connections with social elites and influential figures, including Cheng Huan. Cheng Huan is well-known for representing celebrities and the upper class, such as former legislative councilor Chim Pui Chung (詹培忠), ex-president of Universal Music Hong Kong Alex Chan (陳少寶), and singer Nicholas Tse (謝霆鋒). However, his expertise comes at a high price, as just a half-day consultation with him can allegedly cost $500,000 Hong Kong dollars. 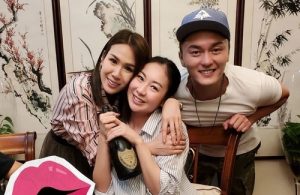 By calling her godfather to help represent Mat, it is clear how much Lisa values her relationship with him. Dating for four years now, Lisa and Mat are in a stable relationship with plans to marry soon. They are already cohabiting with each other in a hilltop mansion, and Lisa’s sister Jacqueline Ch’ng (莊思敏) also fully approves and supports him as her future brother-in-law.

Deeply in love with Mat, this is not the first time that Lisa stepped forward to protect her boyfriend. When Mat’s restaurant was criticized for selling low-quality abalones, she immediately defended him and even fought with netizens online. By consistently supporting her boyfriend through tough times, many have labeled her as a model for the best girlfriend.