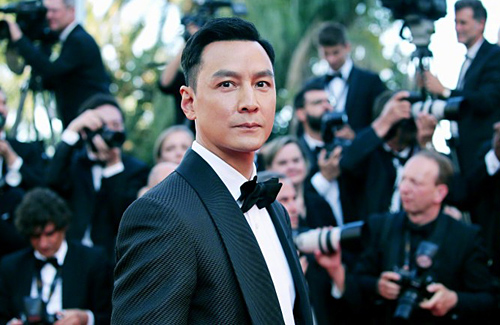 While Daniel Wu (吳彥祖) looked dashing at the Cannes Film Festival, he also looked noticeably thinner. The reason for his weight loss is not because of a new diet; it was due to an intestinal cecum inflammation that could have seriously endangered his life.

Daniel started vomiting around midnight after his meal and initially blamed his meal for his discomfort. After enduring for a while, Daniel finally sought help from his doctor and was prescribed with medicine to treat relief his stomach problems and nausea.

Still believing his discomfort was related to his meal, Daniel described his pain, “Suddenly there was nothing, and then suddenly I had a fever and needed anti-inflammatory medicine. I waited for the two things to happen and they didn’t and I was in pain. It was as painful as being kicked in the [groin] every 10 minutes.”

Since seeing the doctor, Daniel went to the bathroom every 10 minutes. With no signs of improvement, Daniel refused to drink water, and thus did not urinate for two days. Daniel revealed that he suffered in pain alone because his wife, Lisa S., wasn’t at home and his helper and daughter were always out. Daniel also didn’t seek help from the hospital because the hospitals in his areas were more concentrated on cases with wounds and blood. The actor believed he would be brushed aside if it was a case of food poisoning.

Trip to the Hospital

When Daniel asked his sister for help, she quickly took him to a hospital 30-minutes’ drive away. As soon as the doctor saw Daniel, the doctor discovered that his stomach was very bloated. When a CT scan was performed, it revealed that Daniel’s intestinal cecum was inflamed to the point of being ruptured. Daniel was immediately sent to surgery.

According to his doctor, most people could only endure the pain for two hours, yet Daniel waited for three days before being treated. Although Daniel had a surgery, his inflamed cecum was too swollen to be completely removed without affecting other organs. In the end, the doctor was able to clean Daniel’s colon and was prescribed with anti-inflammatory drugs. Although his cecum remains in his body, Daniel will have to wait half a year to know if it will rupture again.

Hardest Part of the Ordeal

Though the whole ordeal lasted for nine days, Daniel lost a total of 15 pounds. Daniel joked that the hardest part of recovering from the illness was sitting in the hospital with nothing to do. To pass time, Daniel watched television but it was hard to sit through ads for food.

When Lisa S. found out about the surgery, she drove more than 10 hours to be with Daniel and scolded him for enduring his pain for so long. To make matter worse, Daniel was about to go on a ski trip in a mountainous area of Canada and the hospitals would not had been as advanced. According to his doctor, this was one of the worst cases that he had seen in over 10 years of his practice. Had Daniel endured for one more day, there would have been serious risk to the actor’s life.