Louisa Mak and Ada Pang Are Not Going to Sign With TVB? 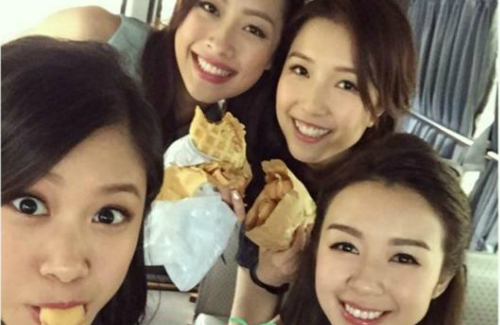 With several top artistes leaving TVB in recent years, the station is said to be lacking a number of fadans. In order to train a new generation of actresses, TVB has been trying hard to promote its Miss Hong Kong Pageant winners. However, of the top three finalists from this year’s pageant, only the second runner-up Karmen Kwok (郭嘉文) has signed a contract with TVB. Winner Louisa Mak (麥明詩) and first runner-up Ada Pang (龐卓欣) reportedly have second thoughts.

According to tabloids, Louisa and Ada are hesitant about joining the entertainment industry. Despite the heavy promotion of former Miss Hong Kong finalists such as Grace Chan (陳凱琳) and Sisley Choi (蔡思貝), the girls seemed to have received much criticism from local viewers. Already portraying lead characters in dramas, Grace and Sisley have been criticized for their acting skills. Netizens claimed that all they knew how to do properly was scream.

In addition, TVB allegedly asked Louisa and Ada to sign a lengthy 10-year contract in order to keep them at the company. Ada expressed that she needs some time to think about what she wants in her future. Louisa has reportedly not yet made a response, but tabloids claim she understands that TVB is currently not in its best state.

36 comments to Louisa Mak and Ada Pang Are Not Going to Sign With TVB?