Marco Ngai Packs On Weight and Stresses Over Paying Bills 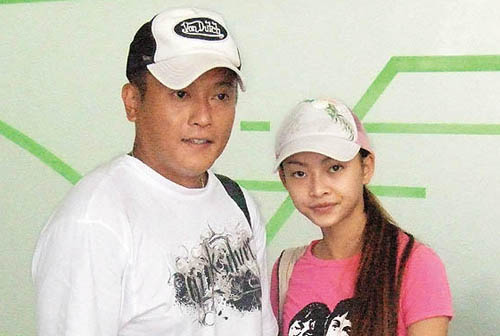 After the success of the Armed Reaction <陀槍師姐> franchise, Marco Ngai (魏駿傑) became one of TVB’s hottest male actors. His high-profile relationship with Joyce Tang (滕麗名) was also supported by many. However, after Marco allegedly cheated on Joyce with Chinese college student Zhang Lihua (張利華) in 2007, his once promising career turned upside down.

Marco quickly married Zhang Lihua in 2007 when she was only 19 years old. In 2010, Zhang Lihua gave birth to a daughter. Branded as a cheater, Marco carried a negative image. TVB refused to renew his management contract, and Marco had to change his career focus to mainland China. Thanks to his popularity from the Armed Reaction franchise, Marco got many performance gigs in the mainland, and was even cast in several well-paid Chinese dramas.

However, few of Marco’s mainland Chinese dramas never made it to broadcast. Marco’s ATV dramas also did not fare well in ratings. The actor’s notability level decreased, and he was forced to find other means to make a living. “I am really stressed!” exclaimed Marco.

“I have a friend who works in the food industry in the mainland. It’s a small business, but I am still planning to invest in one.”

On August 16th, Marco was caught jogging with his wife in Sai Kung. Marco looked noticeably heavier and less athletic, an 180 degrees difference from his days in TVB. On the other hand, his wife showed off her athleticism through her flexibility and running stamina.

Marco said, “My wife jogs every day. Of course, she’s fit. I am nearly 20 years older than her. I also have back problems, so I cannot do vigorous exercise. That’s why I’ve gotten so much fatter these past years.”

Although Zhang Lihua was holding a $10,000 HKD Louis Vuitton Vernis Alma handbag, she looked displeased. Marco was also left in charge to care for their daughter, taking her to the movies and lunch.

Marco revealed that he still has a contract with TVB, and hopes to be able to film a TVB drama as a comeback in Hong Kong. When asked if CTI had approached him, he said, “They have.”

However, a CTI representative later expressed that the company has not yet approached Marco.