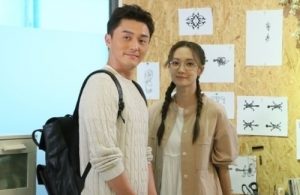 Despite injuring himself during his DUI crash in August, Mat Yeung (楊明) has already resumed work for more than a week. Today, he appeared in good spirits while shooting on-location for his upcoming drama tentatively titled No Problems in My Family <我家無難事>, in which he portrays Grace Wong‘s (王君馨) romantic interest. Joking and laughing with the crew, he expressed that he has already moved past the incident.

In an interview, he said, “In the early days after the accident, it was difficult to recover from it, but the company and producer Amy Wong (王心慰) are really good to me. I am thankful for them. I am back to filming now, and I feel great.”

Though he plays the role of a designer in the drama, he still has to film an action scene requiring him to roll down the stairs. Given that he injured his tailbone and pelvic bone in the traffic collision, Mat expressed that the crew accommodated him by postponing that scene.

He said that he is still in pain, but he has found an orthopedic specialist to help him realign his joints. He said, “I went twice already. When he moved my neck, I could hear my tailbone make a sound. It was more comforting than painful. There are so many old injuries that got fixed, but I still need to go back.” 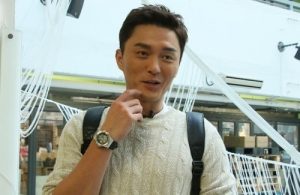 In the drama, Grace and Mat’s family speculate that Mat is in a gay relationship due to his bromance with Stephen Wong (黃嘉樂). When asked if they have any “HeHe” (Cantonese slang for gay) scenes, Mat said, “I haven’t seen the script yet. At the moment, there is a scene where we wake up in bed together, making my mom misunderstand that we are gay. There are a lot of scenes of us walking around the house in our underwear, but I used to do that with my friends during camp too. We have some intimate acts like hooking arms and slapping thighs.”

Reporters were then curious to know if Mat has ever attracted gay men before. He replied, “I did when I was younger, but now that I am older, I haven’t. I have been touched before; some were ill-intentioned while some weren’t. I also know a lot of friends who are gay, and they are very respectful of me.”

When asked what he meant by ill-intentioned, he said, “When they look at you, they want to eat you. They want to harass and touch you. I don’t know how to respond because then their eyes become very invasive.”