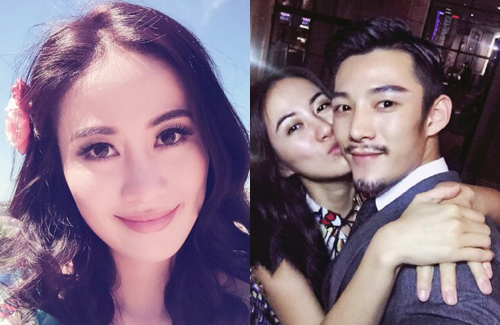 This week, Michelle Ye (葉璇) was photographed kissing a mysterious man on the streets of Shanghai. The man was later identified to be a well-known fashion stylist, known as Mr. Little Mo (小默先生). The couple has reportedly been dating for several months.

Mr. Little Mo primary serves as a stylist for wealthy women and celebrities in China. At the same time, he is also the image consultant for Mainland television stations, magazines, films, as well as international beauty pageants.

Following the exposure the couple’s relationship, netizens backtracked on Michelle’s Weibo and noted many hints that implied their relationship. The pair has been exchanging messages on Weibo for some time, and appeared to have traveled to France together in May for work.

When reached for comments, Michelle’s manager responded through text message and expressed, “Since she is in love, it is one of the most beautiful things in life. Hopefully everyone will give her their well wishes.”