Former beauty queen, Monica Chan (陳法蓉), went through torturous romances that left her heartbroken more than once, but the former TVB actress quickly pulled herself back together and came back much stronger and braver each time – at least, in front of the press.

With best friends such as Ada Choi (蔡少芬) and Catherine Hung (洪欣) already starting a family of their own, the 45-year-old Monica admitted that she was a bit jealous, but did not complain about her current spinster life, and exclaimed that marriage “isn’t a big deal.” With no strings attached, Monica appeared to be happy and genuinely content with her current life.

Monica Chan Breaks Down about Ex-Boyfriend

Earlier, Monica appeared in an episode of mainland Chinese reality game show, Battle of the Sexes <男左女右>, as a guest participant. The show usually invites exactly 100 males and 100 females to be the audience, and brings in three pairs of male and female celebrities – one pair being real husband and wife – to lead the team of 200 people.

At the start of the show, Monica expressed a positive view on her own single life. She said, “If we can live with confidence, earn our own money, and take care of ourselves, why would marriage be necessary? If I grabbed a random guy in the street and married him, he would not make me happy, and he would end up becoming my worst enemy. I will then have to use the rest of my life to defeat him.”

In one segment, Monica had to act out a scene where she had just broken up with her boyfriend. She was given a script, which read, “I just want a man to love me! How come I don’t have men who want me?” After reciting these words, Monica began to break down in tears.

“I really don’t know how to say his name with my lips anymore. It hurts my heart.” Monica was referring to the con artist Chu Ming (朱明), who she broke up with in 2009.

Monica’s first boyfriend in the business was Joe Nieh (倪震), whom she began to date in 1994. At the time, Joe had just broken up with Vivian Chow (周慧敏), and Monica’s relationship with Joe did not receive favorable press. Monica later broke up with Joe after he reconciled with Vivian.

In 2001, it was revealed that Monica was dating rich heir Julian Hui (許晉亨). The pair reportedly considered each other as marriage partners after only a few months of dating. As quickly as their flames flared, the relationship inexplicably ended a few months later. Julian later became the husband of Michelle Reis (李嘉欣), who dated Joe Nieh when she was competing in the 1988 Miss Hong Kong Pageant.

Monica’s love life went public once again in 2008 after news broke out that she and Sharon Luk (陸詩韻) were fighting over “Oil King” Chu Ming. Sharon ultimately backed down in the end, and Monica’s high-profile relationship with Chu Ming began. She took him home to meet her parents and also introduced him to some of her closest friends. Monica also considered retiring from showbiz.

However, Chu Ming, who claimed he had a net worth of over one billion dollars (HKD), turned out be a fraud. He was in fact a failed businessman by the name of Chan Jun, who filed for bankruptcy after the 1997 financial crisis. Ten years later, he returned to social circles and changed his name to Chu Ming, seducing many former Miss Hong Kong beauties and celebrities for their fame and money.

Chu Ming went missing in 2009 after accumulating a heap of debt. Monica was betrayed and heartbroken. 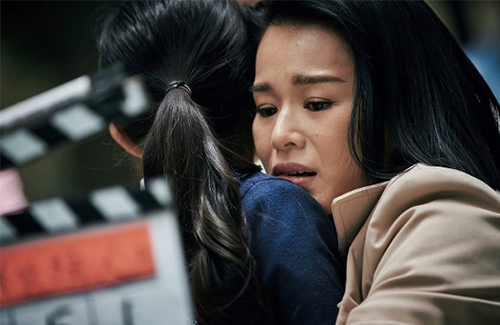 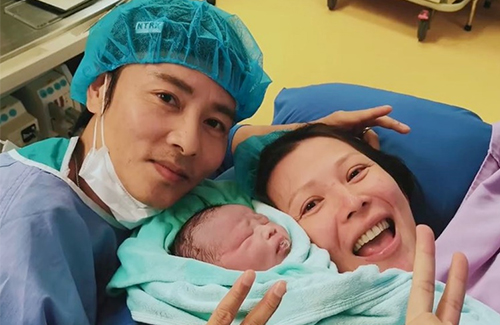 Max Zhang shares a clip of Ada Choi moments before they were about to welcome their son.