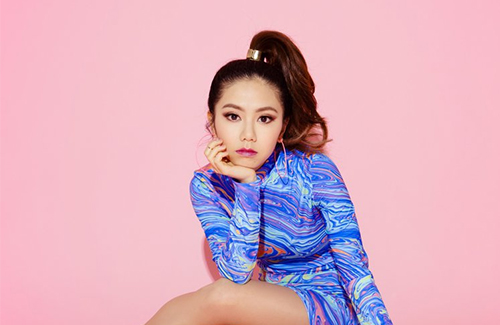 In early March, G.E.M. harshly ended ties with Hummingbird Music on reasons of mistreatment and contract violation. Hummingbird reacted by suing the singer on March 28, seeking validation for her exclusive contracts. According to documents submitted to court, G.E.M.’s exclusive contracts had been renewed two times, and that it would not officially end until 2022. Should G.E.M. insist on her departure, she would have to pay up to HK$120 million for damages.

G.E.M. countersued last Thursday. The defendants included Hummingbird Music and the three exclusive contracts; former manager Tan Cheung (張丹); former producer Gernard Groinig (also known as Lupo); and Lee Yui (李蕊), an employee of Hummingbird. According to the plaintiff (G.E.M.), after the first contract renewal in September 2011, she was pressured by the defendants to renew the contract again for another five years in March 2014. Therefore, the renewed contract period should end in March 2019, and not what March 2022 like what the defendants are claiming.