Moses Chan Puts Clubbing Days and Large Debts Behind Him 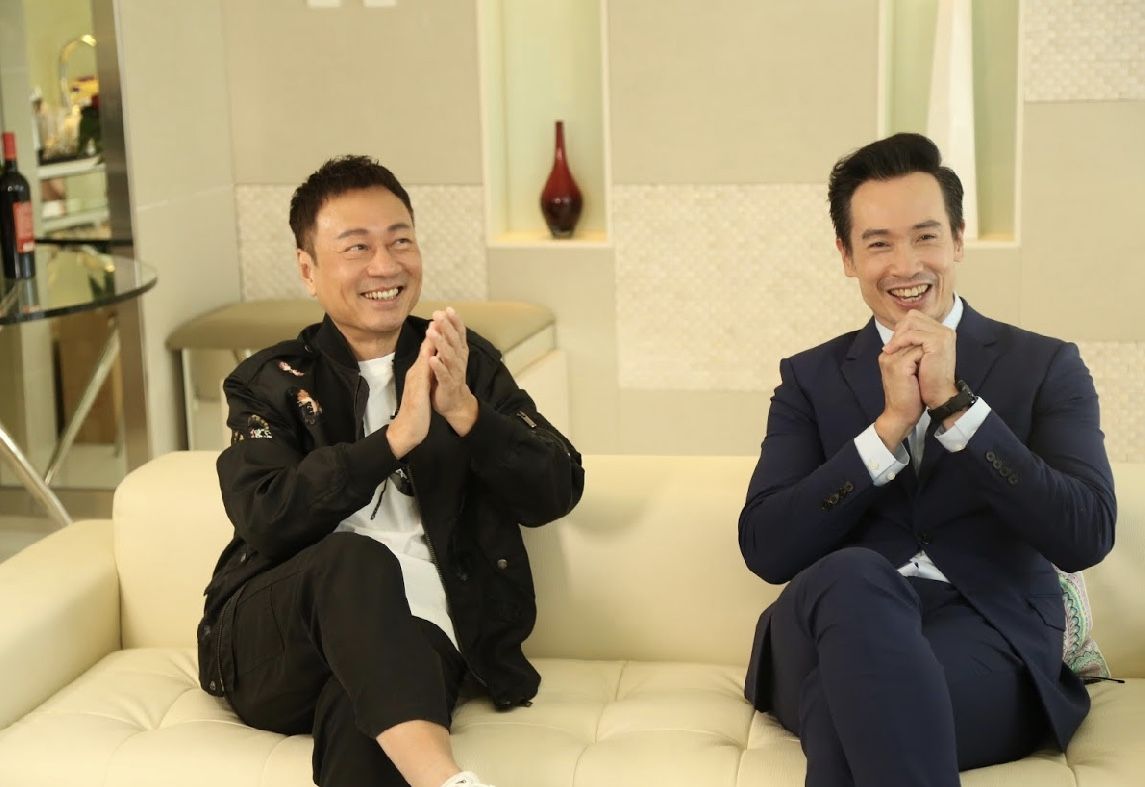 Though Moses Chan (陳豪) and Wayne Lai (黎耀祥) are both TV Kings, their paths to stardom were quite different and each had their struggles. Discussing their past on TVB talk show Tiger’s Talk, the two Death by Zero <殺手> stars recalled their experiences in their twenties, and Moses revealed that he frequently partied at nightclubs in his modeling days.

While chatting with Tiger’s Talk hosts Bob Lam (林盛斌) and Christine Ng (伍詠薇), Wayne shared that though he had completed TVB’s artiste training class, it took close to two decades before he landed leading roles. Gaining prominence after 1996’s Journey to the West <西遊記>, Wayne would eventually go on to win three TVB Best Actor awards, a feat accomplished by only two other actors at the station.

In contrast, Moses’ rise was much faster. A former model, Moses made his debut in the film industry before impressing TVB producers and becoming a regular staple in the station’s dramas. Though many may regard Moses’ ascension to be easy, he recalls his early career where he struggled financially. “I was quite successful as a model, but when I became an actor I was not as popular in the film industry. I went through a period when I had no work and no income. I had multiple credit cards and would use them to pay off each other and ended up being $100,000 Hong Kong dollars in debt. During this time, I did not ask my family for a single penny.”

After several movie roles where he had no speaking lines, Moses finally landed his first leading role in Twenty Something <晚九朝五> when he was 23. Like many young artistes in the industry, he spent almost every night clubbing, but felt empty and later realized it was not for him. “I suddenly realized how much time I had wasted. So I decided to make a 180-degree change and started to work hard to achieve my goals.”

When Christine joked that if she had encountered Moses during their clubbing days, she would not have let him out of her grasp, Moses laughed, “Maybe we were at different clubs. I went with my modelling friends, but I would always leave the club empty-handed. I was all talk but no action. I usually went to dance and I would just watch my friends flirt with girls. Everyone needs to go through a period where they learn about themselves, and I realized later on that I didn’t even like this type of lifestyle.”

Wayne chimed in and said that he does not like clubbing and has only gone once. Living life in the fast lane was never Wayne’s preference, and he has a habit of setting aside savings, especially when his fame increased and he had a guaranteed annual salary and 120 events to attend as a TVB artiste. “I had a stable salary, but I also know how to live within my means. If I earn HK$10, then I will only spend HK$8. I’ve never had days when I was struggling to put food on the table.”

Showing Generosity Towards Others

Due to their higher earnings as TV Kings, Moses and Wayne often have to foot dinner bills or snacks for the crew. Asked if he ever felt burdened by the bills, Wayne replied, “A celebratory dinner at the end of filming would cost around HK$10,000–it is manageable. Most importantly, everyone is happy. Even when I was a junior in the industry, we would split the bill and pay what we can afford.”

Christine shared that the most generous actor she has worked with is Gallen Lo (羅嘉良), as he often treated the cast and crew to dinner. Wayne said that though Anita Yuen (袁詠儀) does not film at TVB often, she had treated the crew to lunch at a famous restaurant when they worked together. Wayne added, “Dicky Cheung (張衛健) is also very generous. Back then, he would just put down a couple thousand dollars and treat it as an open tab so that he didn’t need to pay each bill individually!”