“Mulan’s” Initial Preview is Disappointing; Disney to Re-film Some Scenes 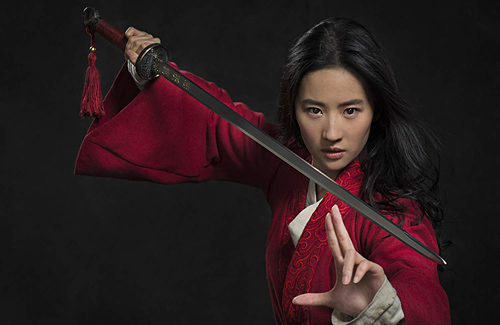 Disney’s live-action movie, Mulan <花木蘭> starring Crystal Liu (劉亦菲) is set to release in March 2020. However, there have been claims that the movie will require another four months to re-film certain scenes, which could affect the movie’s original release date.

Though Mulan‘s trailer received positive feedback, the initial preview of the movie was only mediocre. Many thought it differed too significantly from the beloved animation, which included the elimination of Mushu the dragon and Crystal’s rendition of classic song “Reflection”. Disney wanted to take Mulan in a new direction, but many were displeased with such changes.

With the largely negative responses, Disney allegedly decided to re-film certain parts of the movie, including the war scenes. If re-filming takes four months, Mulan would not complete filming until next February, which is very close to the expected March release date. While the re-filming is taking place, post-production editing will concurrently take place.

In related news, Crystal had voiced her stance regarding the Hong Kong protests earlier. She had posted on social media, “I support Hong Kong Police, you can hit me now.” Many Hong Kong citizens felt offended and had started a #BoycottMulan hashtag online.

5 comments to “Mulan’s” Initial Preview is Disappointing; Disney to Re-film Some Scenes