Netizens Not Happy with “Line Walker 2” Spoilers Being Shared 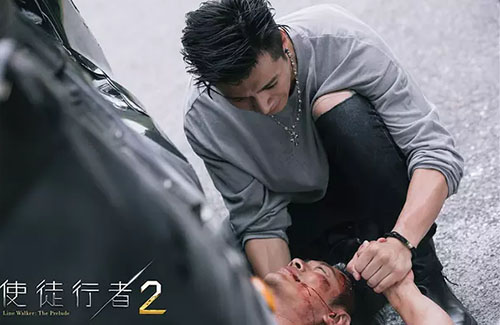 TVB’s first anniversary drama for its 50th anniversary, Line Walker: The Prelude <使徒行者2>, premiered last Monday to popular and critical success, smashing online discussion forums all over the region. The crime drama, prequel to the 2014 drama of the same name, broke 100 million views within 14 hours after it aired on the Chinese streaming service, Tencent Video.

The Prelude, also known as Line Walker 2, premiered in Hong Kong on Monday night, September 18. It simultaneously dropped its first episode on Tencent Video that same day. VIP users of Tencent Video got to see the first 10 episodes ahead of Hong Kong viewers. Regular streamers of Tencent would be able to view the drama five episodes at a time. Hong Kong viewers, however, would only get one episode a-piece. This mismatch in airing the show has caused some spoilers being actively shared online in Hong Kong forums.

Victor sends Tin-tong Gor (Benjamin Yuen) to Thailand to get rid of Foon-hei Gor and Pak-Key, resulting in Pak-Key’s death. Lok Siu and Cheuk Sir work together to search for the remaining four UCs and discovers that there is a mole within the police department. After their return to Hong Kong, Foon-hei Gor emerges as the leader of a new gang, and recruits Lok Siu into his wing. Meanwhile Scarlett (Jessica Hsuan), one of Victor’s advisors, has secrets of her own.