Nicholas Tse and Janice Man Broke Up After 1 Month? 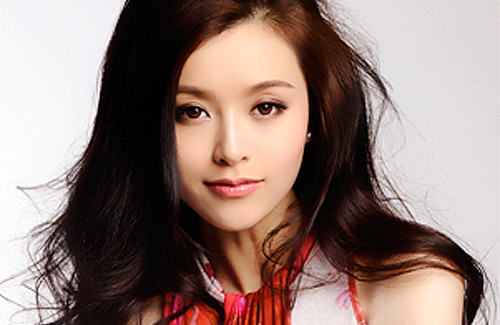 It took readers by surprise when tabloids reported that Nicholas Tse (謝霆鋒) and Janice Man (文詠珊) were an item. Janice never had opportunities to work with Nicholas, an award-winning actor and a father of two young boys. After Janice calmly denied her rumors with Nicholas at the press conference for her upcoming film Helios <赤盗> earlier last week, reports surfaced claiming that it was Janice who had spread the rumors of her and Nicholas. In hopes to further develop her career, the money-minded Janice reportedly got the help of a mutual friend to meet him. Janice did not respond to such claims.

This week, new reports are claiming that 25-year-old Janice and 33-year-old Nicholas had dated – but only for one month.

Gossip columns claimed that 25-year-old Janice began to date Nicholas soon after leaving Leon Lai’s (黎明) agency A Music earlier this year. Believing that Nicholas would sign Janice under his own management company in China, Janice refused to renew her contract with A Music. At a party to support his producer friend Yeung Man Kit (楊文傑) last month in Central, Janice attended as Nicholas’ girlfriend. After five more dates, Nicholas and Janice broke up.

A source said, “Nicholas wanted to sign two males and two females. He already signed Super Boy’s <快樂男聲> Oho (歐豪). He was thinking about signing Janice when the two were dating, but they broke up, so the chances are not likely.”

Janice is Drinking Her Sorrows Away?

A friend close to Janice said, “She has always been careful when it comes dating. She was even more careful with Nicholas. People only knew they dated after they broke up. Janice is someone who can control her drinking, but recently she’s been getting drunk.”

In November, Janice attended a VIP party and got drunk within the hour. Shawn Yue (余文樂) had to look out for her that night, and in the end, a few friends had to carry Janice back home. At a public event that occurred days later, Janice publicly apologized to Shawn for the trouble she had caused at the party, and in the midst of a press interview, she accidentally slipped that she had been experiencing a bad dating life.

Before her rumors with Nicholas escalated, Janice was seeing Edwin Wai (衞以德), a wealthy heir who comes from a family that owns garment factories.

Janice, who rarely gets caught partying at night clubs, was seen at Lan Kwai Fong’s Volar two weeks ago. She did not leave the club until after 3 a.m. Drunk, Janice had to be carried to the taxi by several friends. With a lackluster career and love life, Janice may have been drinking her sorrows away.

6 comments to Nicholas Tse and Janice Man Broke Up After 1 Month?