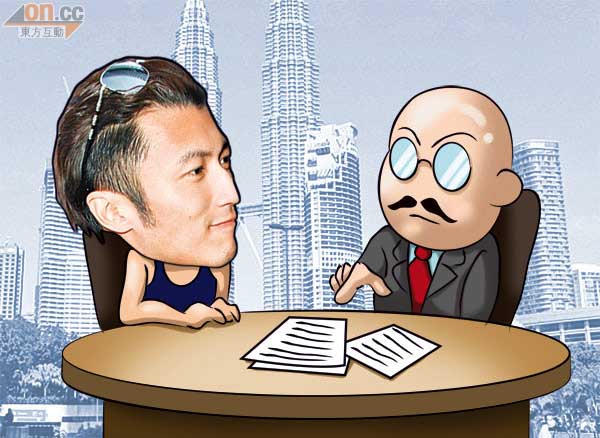 Cecilia Cheung and Nicholas Tse’s divorce rumors gained in strength this week. Yesterday, Nic’s lawyer flew to Kuala Lumpur, Malaysia to dispense advice regarding the pros and cons of the couple’s divorce. Meanwhile, Nic’s mother, Deborah Dik (狄波拉), was gathering information in Hong Kong to ensure no one harmed her grandsons, Lucas and Quintus. Nic and Deborah worked together to increase their chances of winning the children’s custody.

Nic’ close friend revealed that Cecilia had pushed the stakes too far by sending the text message, “I want a divorce.” Although Cecilia regretted her divorce request, it was unfortunately too late. Nic was thoroughly disappointed in Cecilia and his decision to divorce remained unshaken. “Nic was very disappointed in Cecilia and felt she was too willful and extreme in her behavior. Nic is intent on divorcing, while Cecilia is busy scheming how to win back her husband’s heart through their two sons. Even if Nic softened his heart and decided not to divorce this time, he will definitely get divorced from Cecilia in the future.”

Earlier, there were rumors that in order to pacify his demanding wife, Nic transferred property ownership rights to Cecilia. As a result, Nic’s $500 million (HKD) net worth had dried. Considering his sons’ future as well as his own, Nic consulted the advice of his lawyer, who arrived in Malaysia yesterday to advise on asset distribution and custody issues in case of divorce.

An inside source familiar with Nic and Cecilia’s divorce situation revealed, “Someone told Deborah Dik that [Cecilia] told her friends, ‘If Nic does not want me back, then he will see me at the bottom of the IFC tower!’ Deborah was concerned that [Cecilia] may hurt Lucas and Quintus and was gathering information about the situation. If the pair were to divorce, hopefully Nic can obtain the custody rights.”

Currently filming The Viral Factor <逆戰>in Malaysia, Nic will fly to Beijing to attend the promotion for Treasure Inn <財神客棧>next.Nic will complete the filming of The Viral Factor in July. Returning to Hong Kong, Nic will film an ad for a watch brand. On July 19th, Nic will attend a fundraising event for Chiu Tsang Hok Wan Primary School. This will be his first public appearance in Hong Kong since the outbreak of divorce rumors.

Since Deborah Dik’s good friend, Cha Siu Yan, revealed the inside scoop behind Nic and Cecilia’s intensive arguments, allegedly Cecilia and Deborah had a fierce dispute as well. Reporters reached out to Nic’s father, Patrick Tse (謝賢)regarding the rumors. “I have not heard about this.” (Will you continue to support Cecilia as you did in the past?) “Cecilia gave me a very good impression in the past. Afterwards, some incidents took place. Let them take care of matters on their own. When they come to a decision, I will be Nic’s representative. He is my son; I have the right to do so!” (No matter what happens, will you stand by Nic’s side?) “Of course; we share the surname Tse. We are a family!” 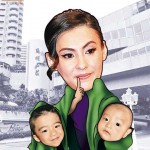 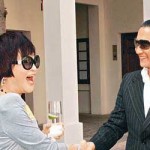 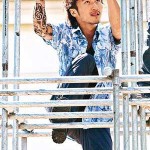 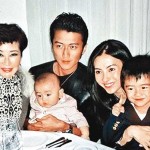 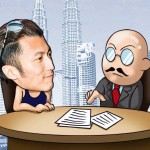 Jayne: We have conflicting reports that Nic and Cecilia may have reconciled. At the same time, publications such as Orientaldaily continue to speculate that Nic is intent on getting a divorce, since he is thoroughly disappointed in Cecilia.