Nicholas Tse (謝霆鋒) was recently invited to record for the “Talks at Google” podcast. Previous speakers included Lady Gaga and NBA star Jeremy Lin (林書豪), and it was an honor for Nicholas as he is the first Hong Kong celebrity to be invited. He shared his road to success and how he juggles his multiple roles as an actor, singer, entrepreneur, and chef.

Asked how he was able to focus on his multiple roles, the 38-year-old star answered in fluent English, “From cooking, I learned one thing and that is time management. I am a very curious person by nature. Once I focus on one thing, I will completely immerse myself in trying to understand it fully. I will not be deterred by any obstacle.”

Although he had dropped out of high school due to low grades, Nicholas found early success when he was 17 years old after signing with EEG. Due to his hard work ethic and versatility, Nicholas’ stardom has now spanned across all of Asia.

Asked what keywords he would use to describe his personality and reasons for success. He stated, “creativity, synergy, and resourcefulness.” Elaborating on each of these factors in his inspiring talk, Nicholas urged everyone to find their own creativity in their field of specialty to develop that special “edge”.

The host brought up that his last music albums were at least 10 years ago and asked what his future plans were. Nicholas indicated that there were no concrete plans in place, but he is thinking of holding a concert rather than releasing a new album. “You need to catch the wave of the trend. If you catch it at the right time, then you’ll be in a position of success. For example in 2014, I started the first season of Chef Nic <鋒味> and it has since become the largest cooking variety show in China. Now I’m onto my fifth season, and this is because I caught onto the wave. Now that the show is stable, I have more time to devote towards music.” 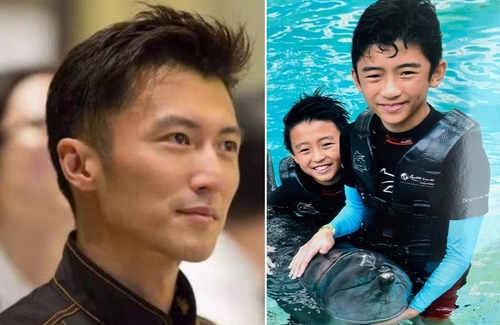 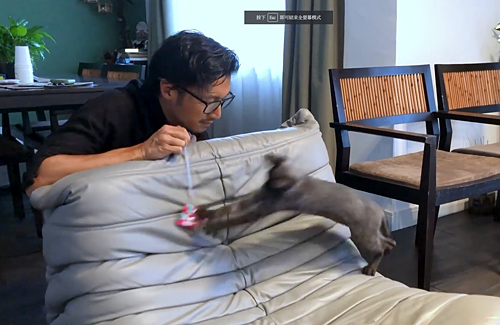