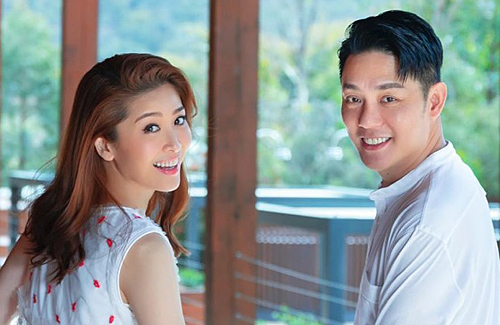 Always dubbed as the ultimate bachelorette, 39-year-old Niki Chow (周勵淇) surprised fans today by announcing that she is already married. Her husband is former Undercover <卧底> co-star, 45- year-old Mainland Chinese actor Fu Yiming (傅浤鳴). In November, the couple got married overseas in an intimate wedding ceremony with their families present.

Sharing a photo of herself with Yiming on Instagram, Niki wrote, “We got married and will be entering a new phase. Everything is the best arrangement. Here, we wanted to share [the good news] with everyone!”

A military actor, Yiming later appeared in films, television dramas, and stage plays. The award-winning actor was already married to actress Cheng Hao (程愫) and they have a son together when he met Niki on the set of 2014 Mainland Chinese drama, Undercover.  But it was reported that Yiming and Niki would often meet up after filming hours and talk on the phone to discuss the script together.

In March 2017, Yiming ended his 20-year-marriage with Cheng Hao. Three months later, he was photographed in Hong Kong having dinner with Niki. 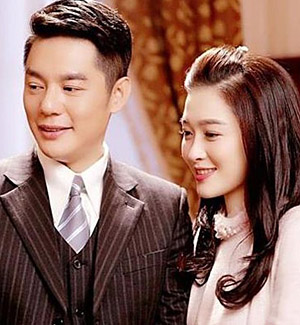 Due to the close timing from his divorce to getting involved with Niki, it was even speculated that Niki may be a possible third party in his first marriage. But Niki’s older sister Kathy Chow (周汶錡) denied this was the case, and also negated the media’s speculation that Niki’s sudden marriage is due to pregnancy.

After marriage, Niki intends to continue working. Her new management agency, EEG, also issued their congratulations towards Niki’s new marriage: “Our company gives blessings to the newlyweds and hopes they can grow old together. We represent Niki in thanking everyone’s concern and blessings.”

The couple will not hold another banquet in Hong Kong, since they already held a small wedding overseas and would prefer to keep the celebration low profile.