Oceane Zhu Remains Single Despite Having Many Admirers 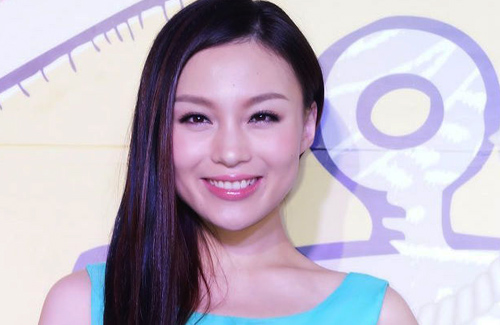 Although Oceane Zhu (朱璇) is beautiful and successful, the 26-year-old is having a hard time finding her other half. At a recent event, Oceane spoke briefly about her dating standards and lamented about her single status. While many eligible bachelors are falling at her feet, so far no one seems able to capture Oceane’s heart.

Since being crowned Miss Chinese International in 2008, Oceane enjoys a steady presence on screen and a relatively gossip-free career. She was briefly rumored with business executive Albert Tong (湯珈鋮) in 2011, and was most recently spotted with mainland actor Johnathan Wu (伍麟凯). Although Oceane denied the rumors, she expressed interest in dating and hopes to find the right man soon.

On September 4, Oceane attended an event celebrating the upcoming mid-autumn festival. Oceane looked radiant as she decorated paper lanterns. When asked about her holiday plans, Oceane revealed that she will meet up with girl friends Leanne Li (李亞男) and Sarah Song (宋熙年) to share moon cakes together. When reporters suggested for her to share with potential boyfriends instead, Oceane joked that she would have to eat a lot of moon cakes. She added that no one has asked her out yet and urged her admirers to give her a call.

Oceane also revealed that her friends have introduced her to several eligible men, including many lawyers, financiers, and models. Unfortunately, the chemistry is lacking and Oceane found it difficult to communicate with them. “Maybe I am shallow. They are very professional, but I like the more artistic types.” Asked if she would date someone from the entertainment industry, Oceane said no without hesitation, lamenting that she remains one of the few Miss Chinese International winners who are still single.

9 comments to Oceane Zhu Remains Single Despite Having Many Admirers