Other Celebrities Who Proved They Are “Plastic Free” 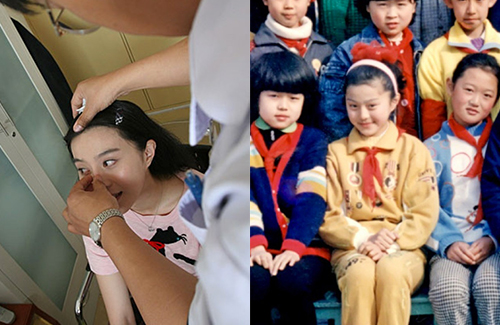 To put a stop to plastic surgery rumors, Angelababy paid a visit to a plastic surgery clinic to get her face examined by a professional surgeon. Like her high-profile wedding with Huang Xiaoming (黃曉明), Angelababy’s “inspection tour” became another hot topic to gossip about among netizens, and many celebrities who were once rumored to have gone under the knife are now being talked about again.

Besides Angelababy, Taiwanese model-actress Chiling Lin (林志玲), Hong Kong actress Cecilia Cheung (張栢芝), and Chinese actress Fan Bingbing (范冰冰) have all suffered plastic surgery allegations for many years. While they did not visit a professional plastic surgeon like Angelababy, they did come up with other ways to prove they are plastic free.

A few years ago, Chiling issued a doctor’s statement to confirm that she is an all-natural beauty. Although Chiling tried to stay silent initially, the plastic allegations eventually went too far, prompting the actress to issue an angry statement to clarify. In the documents, a dermatologist risked his 30-year reputation to guarantee that Chiling did not receive any cosmetic procedures or enhancements on her face.

When Cecilia first debuted, she was once called to be too flat-chested, but over the years, her cup size noticeably increased, leading to speculation that she received breast implants. However, Cecilia indirectly proved to the audience that her breasts were real while participating in the diving show Stars in Danger: The High Dive <星跳水立方> in 2013.

The Empress of China <武則天> star Fan Bingbing, who also suffered from plastic surgery allegations, took an approach similar with Angelababy’s. She asked a doctor to examine her nose under the witness of an officer from a public office in Beijing. In addition, her boyfriend Li Chen (李晨) shared a picture of Fan Bingbing when she was younger, proving that her looks never changed.

17 comments to Other Celebrities Who Proved They Are “Plastic Free”