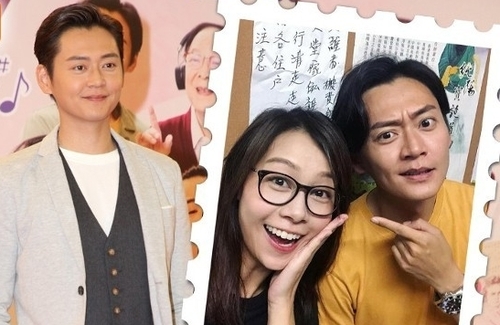 When Owen Cheung (張振朗) attended the promotional event for his drama Finding Her Voice <牛下女高音>, reporters asked the actor whether or not he felt lonely without his costar Jacqueline Wong (黃心穎). Owen replied, “A little! I’m holding down the fort, but at least the veterans are supporting me.”

He continued, “The veterans are really good in this series, they truly acted from their hearts. The audience even said, ‘Wow, the veterans acted really well.’ The show has been well-received, and it was not affected by other things.”

However, during filming, the 82-year-old King Sir fell ill. Owen, who took care of him, shared, “I remember one night we were going to shoot until 3 a.m., but we wrapped up around midnight because he felt sick. That’s why people are saying this is King Sir’s last drama before he retires.”

Although he does not have the veteran actor’s number, Owen plans on asking the producer for it to see if King Sir has been watching the drama.

As for Jacqueline, Owen revealed he contacted the actress earlier to let her know the drama was airing. He received a reply from her, but he did not ask her anything, as he just wanted to let her know about their show’s status.

Owen Has Hopes for His Other Drama

When the media asked Owen if he was happy the drama ended up getting broadcasted, he revealed, “I am happy, there’s no reason not to broadcast it. Before, people said I’m cursed, but now, I’m breaking that curse! So might as well air Offliners <堅離地愛堅離地> too.”

He stated it was his first drama as the male lead, and he even sang the theme song for it.