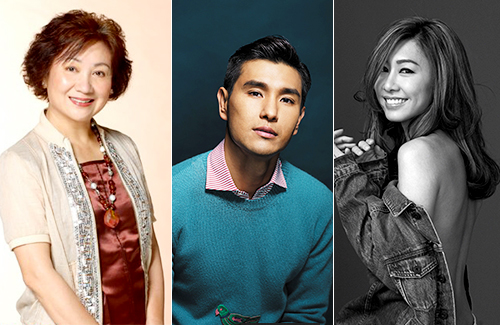 Ruco, who has collaborated with Paw Hee-ching in several ATV dramas in the past, is excited to work with her again. He said, “When we were chatting on the phone, she told me that she’ll be filming a new [TVB] drama. I didn’t know it would be this one! I’m very happy!” (The producer said you and Nancy give him good luck.) “Many actors in Four Walls gave their sweat and blood for the show. Everyone has showed their utmost sincerity and hard work. It’s great to be able to work with a bunch of people who share the same mindset. No matter what, the most important thing is a good crew.”

“This will be my first collaboration with Paw Jeh,” said Nancy in another interview. “I’m very happy. I know she’s worked with Ruco before. The entire cast and crew are looking forward to starting this project.” (The producer said you’re his lucky charm!) “That’s good then! Let’s all give each other good luck!”

Nancy said she has already received orders to start training for her new role. “There’s going to be a lot of gun fight sequences, so I need to start training. With so many action roles, I hope I’ll get better and better.”

The Alliance is described as a “modern version of Wu Zetian” and will be an action thriller. The show will feature Krav Maga—an Israeli self-defense martial art—as well as gun fight action sequences. Ruco and Nancy, both portraying kung fu masters in A Fist Within Four Walls, will be in for a even more action-packed ride for The Alliance.