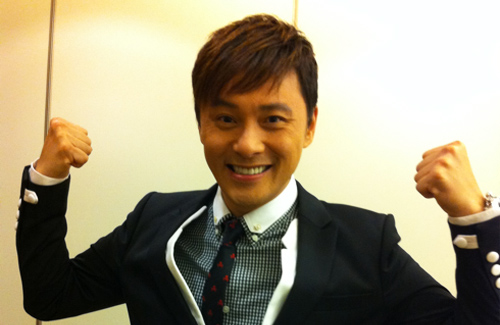 Raymond Cho (曹永廉) is regarded as one of TVB’s most popular second-line actors. The 49-year-old debuted as a singer in 1994 and signed with TVB the follow year, debuting in the drama Journey of Love <親恩情未了>. Though Raymond was never given the opportunity to lead a series by himself, he still had many memorable roles as a supporting actor, including Healing Hands II’s <妙手仁心II> Chris, The Confidant’s <大太監> An Dehai, and most recently, Ghost Dragon of Cold Mountain’s <寒山潛龍> Hung Sap Kau.

Raymond would help out at the restaurant whenever he is free from filming. Recently, Raymond was spotted at his restaurant taking orders from customers. The hardworking and capable Raymond also cleaned the tables and washed the dishes.

19 comments to Raymond Cho Seen Washing Dishes at His Restaurant