Raymond Lam and Joey Yung Promote “The Jade and the Pearl” 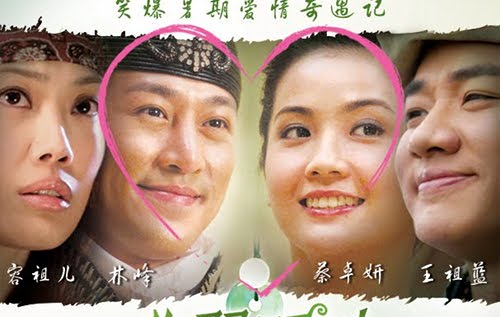 Raymond Lam Fung and Joey Yung Cho Yi promoted their new film, The Jade and the Pearl <翡翠明珠> in Guangzhou yesterday. Over ten thousand fans queued outside the packed theater to see Raymond. One of the female fans was invited onstage to ask Raymond a question. In her excitement, the female fan lost her voice and could not speak. Another fan rushed onstage to take a photo with Raymond. TVB executive, Virginia Lok Yi Ling, was also present to support Raymond. The crowd was very lively.

In The Jade and the Pearl, Joey Yung has a crush on Raymond. Producer Ng Yu joked and said that Joey wanted to add a kissing scene with Raymond. Joey retaliated by saying that Producer Ng was best at distorting the truth. Since The Jade and the Pearl is a comeback film for both Raymond and Joey, the pair said that they do not mind sacrificing for art, as long as the sexiness gives off an artistic mood.

Jayne: It’s easy to forget that “The Jade and the Pearl ” is not Raymond’s first movie, as he has been acting in TVB series for so long.