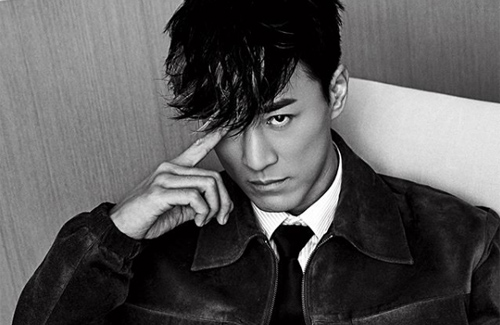 Leaving TVB in 2014, Raymond Lam (林峯) finally reveals the true reason behind his departure in a recent interview. Having worked with TVB since 1998 after graduating from the station’s acting class, Raymond explained that he left after losing passion due to repetition in his roles.

“To be honest, I’ve thought about this for two to three years before making my final decision. After working for so many years, a lot of the material was becoming repetitive and I’ve already played all the different types of characters there are. I slowly lost my inner fire. I left in hopes that I could get a breakthrough in my career, and gain more experience outside of television dramas that would help me with filming later on,” said the 40-year-old actor.

Born in a wealthy family, Raymond was frequently faced with gossip that attributes his success to his background. Winning the Asia Pacific Most Popular Male Singer title in the 2009 Jade Solid Gold Awards, Raymond secretly hoped that he wouldn’t win since people would say the award was rigged in his favor.

After leaving TVB, Raymond signed with Emperor Entertainment Group (EEG) and focused his career on the Mainland Chinese market.  This year, Raymond signed with Louis Koo’s (古天樂) company since he trusts his long-time friend to know what he wants. Raymond is thrilled to be taking on new opportunities since, and was excited about his antagonistic role in the movie P Storm <P 風暴>.

Raymond expressed, “Everyone who truly knows me understand that I don’t want to play the same type of roles over and over again. Even if I’m playing a protagonist, I always try my best to ensure my character is different each time. I really want to thank Louis for letting me play the villain for once. I’ve had endless thoughts on playing the bad guy in my head and how I would do so if I had a chance.”

Leaving TVB on good terms in 2014, Raymond was welcomed back to the station when he agreed to film Line Walker 3 <使徒行者 3>.  The biggest influence was actually TVB executive Felix To (杜之克), and Raymond expressed his excitement on seeing his old colleagues again.

Also signing with Voice Entertainment this year, Raymond’s songs will likely be featured in TVB dramas. Fans recall some of Raymond’s most successful TVB songs, “Love Finds You in Memories” <愛在記憶中>  “Love is Not Enough” <愛不疚>, as well as the themes for Eternal Happiness <再生緣>, Remember to Forget <記得忘記>, Drive of Life <歲月風雲> and Moonlight Resonance <溏心風暴之家好月圓>. As 2020 marks the 20th year since his debut, Raymond will doing a special concert tour.

Raymond Lam: “Louis Koo Knows What I’m Looking for in My Career”