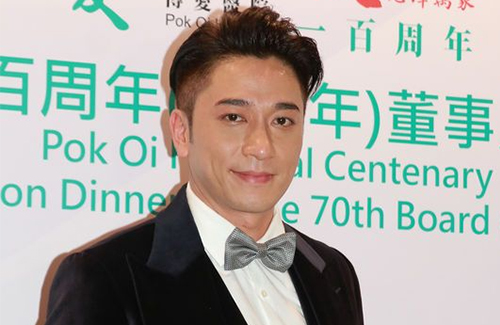 Ron Ng (吳卓羲) will soon be making his comeback to the music industry this year, hopefully with the release of a brand new EP.

The 39-year-old actor made the announcement last night while performing at a dinner. He performed his 2005 hit “Don’t Blame Her” <別怪她>, the ending theme song for the TVB drama Revolving Doors of Vengeance <酒店風雲>.

The new EP will reportedly also include a 15th anniversary version of “Don’t Blame Her.”

Ron joined TVB in 1998 as a dance performer but was transferred over to the acting department in 2000. After a series of playing background actors, Ron had his first major role in 2002’s Golden Faith <流金歲月> playing police officer under Deric Wan’s (溫兆倫) team. He shot to fame in 2003 from back-to-back leading performances in dramas Find the Light <英雄刀少年> and Triumph in the Skies <衝上雲霄>.

Ron’s successful entry into the music industry happened in 2005 with release of his debut EP The Fast Pass, which included the chart-topping “Don’t Blame Her.” In 2006, he released his first studio album The Fast Forward.