Ruco Chan Does the Fighting Scenes Himself in “Chinatown” 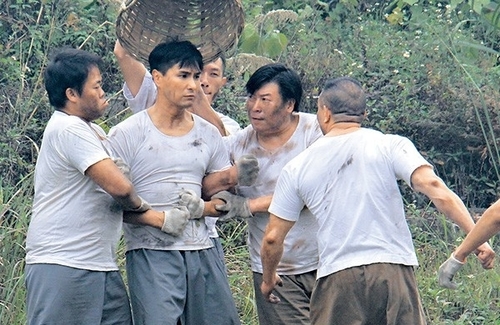 With Phoebe Sin‘s (單文柔) due date in April, Ruco Chan (陳展鵬) has 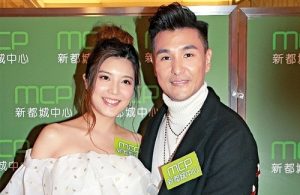 been busy preparing for the arrival of their baby. The soon-to-be father halted work earlier to accompany his wife and to attend courses on childcare. However, shouldering the responsibility of taking care of his family, the actor resumed work to put bread on the table. Ruco was seen putting his all into the shooting of upcoming TVB drama Chinatown <唐人街>, which just began filming in January.

A few days ago, cast members Ruco, Grace Wong (王君馨), Joel Chan(陳山聰), and Vincent Lam (林偉) were filming on location in a discreet area in Hong Kong for Chinatown. In the series, Ruco has many fighting scenes so he is often practicing with the martial arts artist before shooting. On that day, the crew filmed his match with Grace, who wore a tight pink outfit that revealed her cleavage. 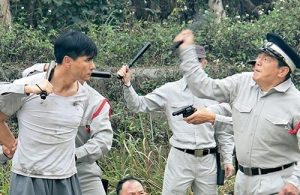 After that scene wrapped up, Ruco had to shoot another scene that required him to clear weeds as a prisoner. During which, he was suddenly picked on by other inmates. Although the hostile him attacked back, he was eventually covered with a basket and got beat up. A group of prison guards came forward to break up the fight, but the angered chief used his baton to strike Ruco’s head, instantly causing him to bleed. Fortunately, Joel, who plays the sheriff, appeared in time to mediate the situation.

Ruco performed the tense scene professionally and did not use a body double. He even encouraged the extras acting as prisoners to give it their all. “Don’t be scared, just put the basket over my head. I won’t get hurt – the most important thing is to do it fast,” Ruco told them. His guidance and professionalism allowed them to finish the scene swiftly.