Ruco Chan’s Daughter Gives Him the Feeling of First Love 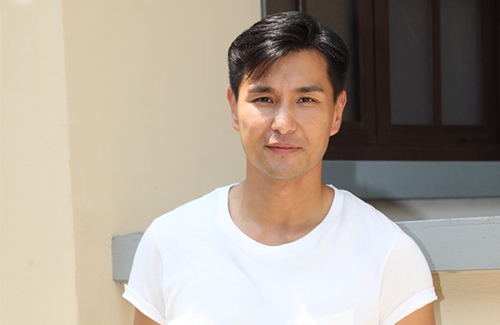 Currently busy for the filming of TVB drama Chinatown <唐人街>, Ruco Chan (陳展鵬) hasn’t had much time to spend with his daughter.

Earlier this month, Ruco’s wife Phoebe Sin (單文柔) gave birth to their daughter Quinta, who they nicknamed “Little Piggy,” via C-section. Ruco was with Phoebe throughout the entire process, and made sure Phoebe was in the comfortable hands of his family and postpartum helper before resuming work for the TVB drama.

The actor shared, “She’s well-behaved, so taking care of her hasn’t been a problem.” Ruco said that after leaving work in the early morning, he would return home to Quinta, hold her, and smell her head.

Despite getting only three to four hours of sleep, he cherishes the opportunity of returning home to his family. “It’s been difficult, but the crew has been so accommodating. When we’re close to done, they’ll tell me go back home earlier.”

Sharing that Chinatown will wrap up production in May, Ruco said he’s looking forward to the days when he’ll be spending more time with his daughter. “You become a lot more mellow as you grow older,” he said. “After having my child, I start to see things differently. She literally gives me that feeling of first love. I love her so much. I always have her in my mind. But of course, I need to find a balance. My wife will always be number one, because without her, there wouldn’t be a child in the first place.”

Asking if they are looking to pursue more children, Ruco said, “I’ll leave that decision to my wife. Having kids is no easy feat.”