Sammi Cheng Releases New Song, “This is How We Grew Up” 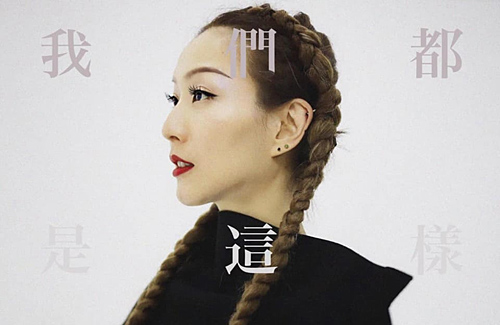 Sammi Cheng (鄭秀文) has been rigorously preparing for her upcoming concert tour in Hong Kong which is slated to start on July 12. With less than 20 days left, Sammi expressed that she is super nervous but is giving it her all. Her new Cantonese song, “This is How We Grew Up” <我們都是這樣長大的>, was released recently and will also act as the theme song for her concert.

Though new, this song holds a special place in Sammi’s heart. In 1988, when she was just 16 years old, she recorded her first radio drama. The radio drama was very well received and lasted for two years. It was based on a series of books and follows the lives of four individuals starting from when they were students to finding jobs and their place in society. It revolves around the themes of friendship, love, and family. It also touches on the changes that Tiananmen brought to society. Fast forward 31 years, she has decided to commemorate this experience with a song with the same title.

Sammi shared her thoughts, “I’ve experienced a lot over these 30 years. I’ve emerged out of depression, my career has gone through ups and downs, and I have experienced the lowest point in my life and marital problems. There was bitterness and happiness, pain and self reflection. I’ve learned to say goodbye to my proud self and to learn how to be grateful and humble for things in life. These experiences have led to my maturity over the years.”

Radio station, CR2, also shared Sammi’s new song on their Facebook and Instagram as well as her clips from her radio drama. It was a blast from the past hearing 16 year old Sammi’s voice, one could hear the naivety and shyness from an industry newcomer.

“This is How We Grew Up” Audio Version

TAGS: Sammi Cheng, This is How We Grew Up