Sammy Sum Afraid to Ask Girls on a Date 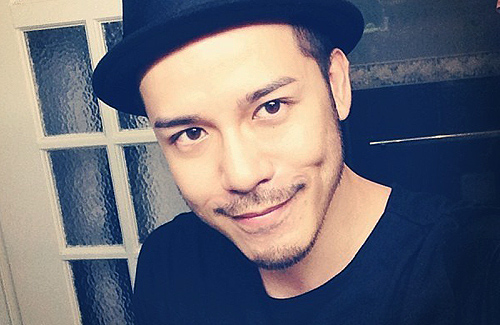 Over the last four years, Sammy Sum (沈震軒) may have developed a playboy image with the large number of rumored girlfriends, ranging from JJ Jia (賈曉晨), Sita Chan (陳僖儀), and Katy Kung (龔嘉欣). But Sammy reveals that he is actually afraid to chase after girls in real life.

According to Sammy, his traumatic childhood experience as a young teenager led him to be afraid of asking girls out. He stated that he once confessed to a girl when he was still in school, but she flat out rejected him – causing him to be scared of the same embarrassing situation again in the future.

Despite being turned down in the past, Sammy disclosed that he likes rather positive girls who smile and laugh often. He also added, “I’m also very selfish and traditional. Right now, career comes first before talking about marriage.”

While Sammy plays Chow Yun Fat’s (周潤發) discipline in the movie, From Vegas to Macau <賭城風雲>, the young actor also looks up to Chow Yun Fat as a real life mentor. Sammy complimented Chow Yun Fat for being highly professional in front of the camera, but maintained a friendly atmosphere with the production cast and crew off screen.

Chow Yun Fat also made Sammy understand that artists are what young teenagers look up to in today’s time so it is important to maintain a positive image. “Tell them that we graduated from acting class, and slowly worked our way up. Some may not be the luckiest, but you pave your own road. As long as you don’t give up, you’ll find success one day.”