Selena Li Not Focused on Acting; Only Interested in Rich Heirs? 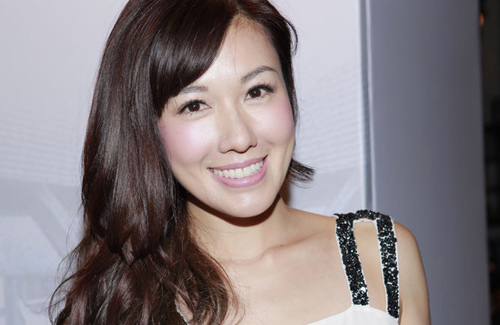 Selena Li (李詩韻) has been reportedly having an active love life since splitting up with Patrick Tang (鄧健泓), whom she dated for five years. The 33-year-old actress seems to be prioritizing love over career, as it was rumored she turned down filming offers in order to find time and interact with men. Selena entered a social circle of wealthy heirs, hoping to find a new boyfriend.

Reporters earlier caught Selena on a dinner date with 39-year old Lam Ka Shing (林嘉誠), the heir of a large watch enterprise. The two dined at a sushi parlor and left separately in hopes to avoid the paparazzi. Apparently, Lam Ka Shing drove an expensive car and is known to live in Grenville House located in the prestige Midland district.

Selena had been born into a wealthy family herself, but that soon changed as her father eventually went bankrupt. Since then, she allegedly worked her way into the social circle of wealthy heirs so she can marry a rich man. Past dating rumors included Yan Chai Hospital’s chairman, Wilfred Ng (吳守基), The Venetian Macau executive, Reggie Martin, and also the son of prominent horse trainer, Anthony S. Cruz (告東尼).

There was a time when Selena busied herself and filmed five dramas in a year, but now her workload has significantly dropped to two dramas per year. After completing Ghost Dragon of Cold Mountain <寒山潛龍> last October, she took a hiatus for half a year. A close source spilled, “Her goal isn’t even on acting, and she’s only in the television station to maintain her popularity so she can interact with rich heirs. She always makes so many excuses to reject filming offers, and even turns down opportunities to dine with TVB’s executives. All she does is wear revealing clothes and party with guys.”

26 comments to Selena Li Not Focused on Acting; Only Interested in Rich Heirs?